On December 13th I wrote this post after Breitbart reported the budget deal passed by the US House of Representatives  demanded a 1% cut in the COLA of retired military veterans pensions. According to the Washington Free Beacon, the deal also forced  retired military veteran pensioners OFF the current pension plan they liked–yep, if you like your military retiree pension plan– nope, you can’t keep your plan.

Ahead of the Senate vote this past week, Alabama Senator Jeff Sessions, as reported by Fox News, tried to use a parliamentary tactic to force Senate Majority Leader Harry Reid to allow a vote on an amendment that would undo the $6 billion in cuts for the military retirees.

As it stands now, retired military pensioners, including disabled veterans, are stuck bearing a $6 billion whack to their pensions.

So I thought I’d check out the websites of Texas Congressmen who voted to jack with military veterans pensions. 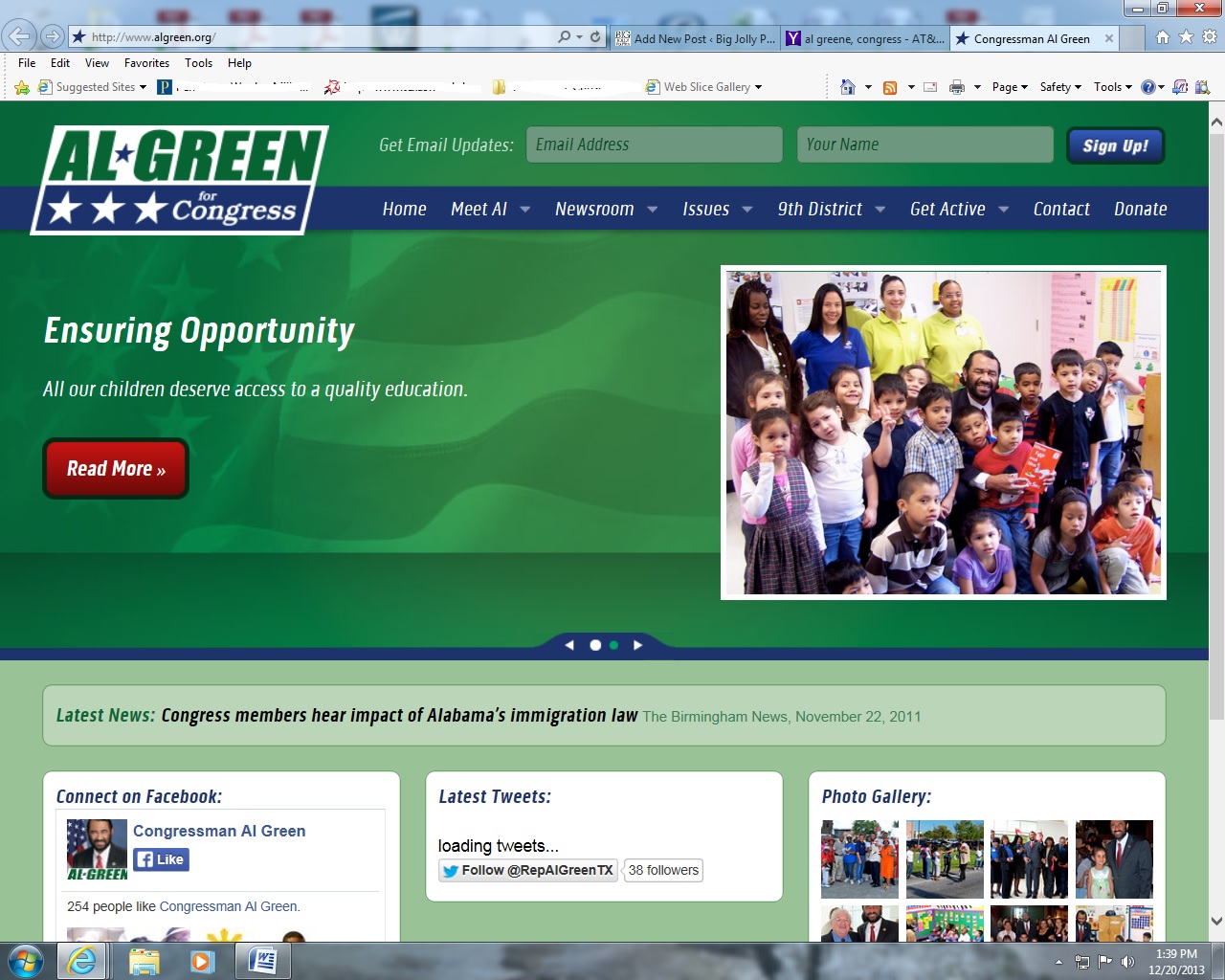 Hmm, Kevin’s supporters claim he’s “fighting for us”–guess the definition of “us” excludes retired military veterans and their families.

Will  Al Green and Kevin Brady change their campaign websites–heck, will Al Green at least update his from over TWO years ago—will they vote to undo these despicable cuts to the strong and the brave of our military or will they stand with the illegal aliens claiming over $4.2 billion in IRS earned income credits?

Kevin Brady has a challenger BTW—Craig McMichael. I’ve not met him but according to the bio on his campaign website he is a former Marine Corps sergeant.

The House of Representatives does not return to session until January 7th, so if you see these guys over Christmas–well, you know what to do.