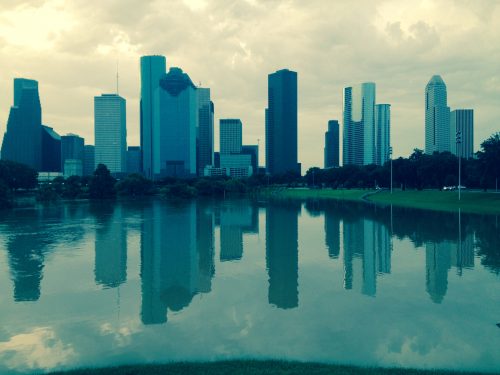 The regularly scheduled Wednesday 9:00 a.m. Houston City Council meeting will be held in the George R. Brown Convention Center. Today, I drove past city hall and city workers appear to be pumping water out of the building. I can only imagine what the basement, parking garage, and ground floor look like post Harvey. I will attend tomorrow morning’s meeting at the GRB with several friends.

Houston has suffered a horrible blow. I am heartbroken as I look at the city where I was born and raised. I started the day delivering supplies to the GRB and helped secure food for some in the law enforcement community working really long hours. Many officers are staying in downtown hotels because they could not make it home to their families. Please hold Sergeant Perez’s family in your thoughts and prayers. He died as he attempted to report for duty while traveling from his home.

Big Jolly has written at length on the flooding issues over the years. This includes Stephen Costello’s rain tax, which has been much discussed here on this blog. I never supported this tax and often criticized the campaign as disingenuous and misleading.  The courts have agreed with me and have ruled the language misleading.

We have had lots of floods since the rain tax was implemented. Memorial Day, Tax Day, and now Harvey. The good folks of Meyerland have suffered greatly. They are not alone. There has never been an accounting of the hundreds of millions of dollars collected by Costello and Annise Parker’s rain tax and I intend to get one. We have asked many times with no answers.

Costello, rain tax author, is now Sylvester Turner’s spokesperson and expert on flooding issues in the city. Sylvester may want to rethink this appointment. 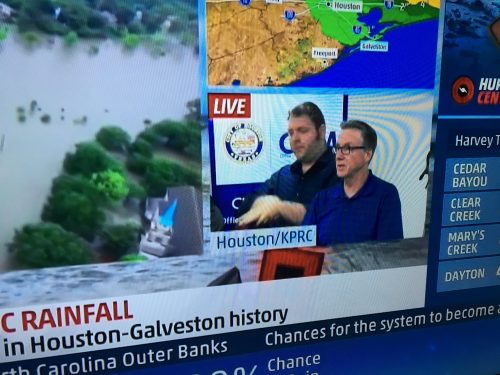 Renew Houston-Prop1, and the Politics of Flooding

There’s good news for school districts in cities across Texas working with the cheap labor refugee industry to flood your community elementary, middle or high school with more non-English speaking students requiring treatment at the new lice centers opening up across the state. They can (and have) applied for the Targeted Assistance Discretionary Refugee School Impact Grant which uses your tax dollars to “help” refugee students and their families access the public school system.

For the budget period August 15, 2015 through August 14, 2016 your tax dollars went to school districts in Austin, Dallas, and Houston and to resettlement/ social service agencies in Fort Worth and San Antonio under the (RSI) grant.

Some of the services provided to these “students” and their families included:

Documents provided by the Texas Department of Health and Human Services revealed outcomes, accomplishments and observations from the grant funds:

“A total of 2,300 refugee students and parents received School Impact services during this semiannual reporting period (94 percent of the state projection of 2,448 refugees served). This total included 1,385 school-age refugee children and 915 parents.”

“There continued to be large numbers of Iraqi, Burmese, and Afghani families in need of services across the state. Other large groups included families from Cuba, Congo, Somalia, and Iran.”

People imported by the cheap labor refugee industry also migrate from their destination city to neighborhoods and school districts across the state:

“The number of refugees who resettled and/or migrated to Texas is among the highest in the U.S. Refugees are concentrated in multiple, large metropolitan areas, as well as smaller cities and towns across the state. In larger cities, some refugee families live in metropolitan neighborhoods that spread across different school districts.”

And, depending on your perspective, that glut of vacant apartments in existence and currently under construction in the Harris/ Fort Bend County area sitting empty can easily be filled by people imported by the cheap labor refugee industry who need services funded by more and more of YOUR tax dollars:

“Due to the location of affordable housing, there are concentrations of refugee families in areas of cities where low-income housing is available, resulting in a concentration of refugee students in various campuses. However, refugee families reside and attend schools throughout each community, especially in larger cities. This distribution, coupled with the diversity of refugees typical in most Texas cities, means that in many schools multiple languages and ethnicities are represented. This increases the challenge to focus resources on translation and interpretation services.”

According to these documents, one “promising” program was launched in Alief ISD which is adjacent to Fort Bend ISD:

Oh and did I forget to mention the voice on the audio is that of Missouri City Mayor Allen Owen sharing information about a grand jury investigation that he is the grand jury foreman of?

Grand jury foreman Mayor Owen’s audio reference to Dr. Ives pertains to a complaint filed by former Lamar CISD Superintendent Dr. Dan Ives “who alleged a history of misconduct and conflicts of interest between Jim Gonzales, a principal of IDC, Inc., and members of the school board.”

Scroll to the 4:50 minute mark where Owen and two as-of-yet unidentified voices joke that “tomorrow, all of your indictments will be correct, filled out”—and laugh with Mayor Owen suggesting he should “fill the blanks.”

Clearly, the audio was recorded prior to this March 4, 2016 Fox 26 report of 16 indictments delivered by the grand jury with charges against Jim Gonzales and Jesse Torres, both of Richmond, and Anna Gonzales of Rosenberg.

The case stems in part from the Lamar CISD board’s selection of IDC to help oversee work on bond projects approved by voters in 2014 in the district.

—and a majority of Missouri City city council does as well. After all, who wants to be painted as the guy or gal opposing affordable housing for seniors?

The developer of a tax-credit advantaged senior citizen apartment complex was rewarded for his contribution to State Rep Ron Reynolds re-election effort with a favorable resolution in support of the facility construction and a letter of support written by Reynolds himself.

With May municipal elections right around the corner and the mayoral & two at-large positions up for re-election, on February 1, 2016 Missouri City city council voted favorably on a resolution in support of the elderly-limitation and tax credit-advantaged complex.

From the meeting minutes:

Consider a resolution in support of the submission of an application to the Texas Department of Housing and Community Affairs for housing tax credits for affordable senior rental housing by MGroup Holdings, Inc.; making findings of fact; and containing other provisions related thereto.

Councilmember Wyatt inquired on the number of senior projects for housing tax credits the City has. Senior Planner Thomas Gomez stated there were currently four that are existing, and this request would add to that number. Councilmember Emery inquired if this was a deviation from other senior living developments. Thomas Gomez stated that it was in the City’s ETJ and the land use plan does allocate for this project.

State Representative Reynolds dated his letter of support for the project February 3, 2016—two days after the city council’s unanimous vote.

The Texas Department of Housing and Community Affairs administers a competitive 9{997ab4c1e65fa660c64e6dfea23d436a73c89d6254ad3ae72f887cf583448986} housing tax credit program for the development of affordable rental housing for low-income households.

I’ll do my best to update the numbers each day. Feel free to post any questions in the comments section.

A request by the City of Sugar Land city attorney for the Open Records Division of the Texas Attorney General’s Office to “reconsider” an October 2015 open records ruling was rebuffed by Assistant Attorney General Cristian Rosas-Grillet earlier this month.

The City of Sugar Land received a public information act request for agendas and papers of the Board of Directors of the Fort Bend Economic Development Council in the care, custody or control of Sugar Land city manager Allan Bogard.

The FBEDC asserted a portion of the submitted information consisted of minutes of closed, non-public meetings however, upon review the AG’s office found the information at issue is not minutes or certified agendas of closed meetings and in open records letter ruling 2015-21056 told the city they may not withhold the information.

In a November 4th, 2015 letter to the Open Records Division of the Texas Attorney General’s office, Sugar Land city attorney Meredith Riede sought clarification as to which documents should be released by the city to the requestor or withheld.

The December 7th, 2015 letter written by the Assistant AG to the Sugar Land city attorney reminded Ms. Riede that “section 552.301 (f) of the Government Code provides that a governmental body is prohibited from asking for a reconsideration of the attorney general’s decision—therefore, unless you file a timely challenge in district court, you must comply with Open Records Letter 2015-21056.”