Border security was and is the most important issue to most Texans and now new information has emerged about a border security funding debate. During the 84th Legislative session Houston Mayoral candidate and State Representative Sylvester Turner led the effort to deny Texas Department of Public Safety $92.4 million in funding for border security equipment.

From the inbox (emphasis mine):

“Texas State Representative Tony Dale brought an amendment to the state’s budget bill (HB 1) that increased border funding for the Department of Public Safety to the tune of $92,000,000. Dale’s amendment pulled $41.5 million dollars from the General Revenue Fund and $50.9 million dollars from the Health and Human Services Commissions for Strategy.

“The Republican Caucus supported Rep. Dales’ amendment while Democrats opposed it. Representative Sylvester Turner motioned to table the amendment and it (the amendment) was defeated with the help of the entire Democrat caucus and 26 Republicans.”

Houston Mayoral candidate Sylvester Turner led the effort to defeat additional equipment funding for border security that would have a positive impact on reducing Houston’s and neighboring Katy, Baytown and Channelview’s notoriety as one of 13 Texas sanctuary cities. 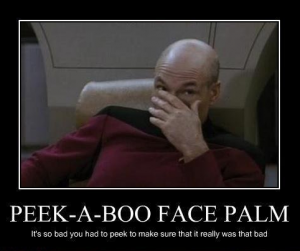 And with U.S. 59 through Rosenberg, Sugar Land and Fort Bend County—the human smuggling, drug smuggling highway leading to and through Houston—Houston voters need to ask themselves if they’ll feel safe with Sylvester Turner as their next mayor.

I think this picture says it all when it comes to Sen. Marco Rubio:

Being Chuckie Schumer’s water boy on this issue has all but guaranteed that he will not be a viable candidate for President. Worse, he tells English audiences one thing and Spanish another. Take a look:

As with the radio ads you hear all day long, this is all about tough border security, right? But on a recent Univision appearance, Rubio said this:

In a Spanish-language interview Sunday with the network Univision, Sen. Marco Rubio, the leading Republican on the Gang of Eight comprehensive immigration reform group, made his strongest statement yet that legalization of the nation’s estimated 11 million illegal immigrants must happen before any new border security or internal enforcement measures are in place, and will in no way be conditional on any security requirements.

Unbelievable. The idea that we can suddenly legalize every single person in this country in one fell swoop and not expect millions more to pour across the border is ludicrous and defies not only common sense but history – as that graphic above states, remember 1986?

And don’t forget the MarcoPhone: Move Over “Obama Phone,” Say ‘Hola!’ to the Marco Rubio Immigration Phone, AKA MarcoPhone.

And last but not least: in the ad above, Rubio says that no welfare benefits will go to newly legalized immigrants – that is just not true. As the Washington Examiner reports:

The Senate Judiciary Committee voted Monday to allow illegal immigrants who get legal status to begin collecting tax-welfare payments, as the panel spent a fourth day working through amendments to the massive immigration bill and party-line splits began to emerge.

Rather than trying to “improve” this disaster, Texas Sen. John Cornyn should be working to kill it.

First, the endorsement rally. Now, I really wouldn’t have minded the rally, had I known what I was walking into, because I’ve met most of the people that were there to endorse her. But it would have been nice to know beforehand that the majority of the press conference was going to deal with endorsements. Also, if you say a press conference is going to start at 10:00 am, the press conference should not start at 10:15 am, especially when you are adding endorsers and giving them the opportunity to speak on an ad hoc basis, making me late for another appointment. Not good.

Okay, fine, there was an endorsement rally and I didn’t give myself enough time to arrive at the other event. I’ll get over it. Here are some of the people that spoke:

They each gave a short speech with their or the group that they represented reasons for endorsing Mrs. Medina. One of the things you are certain to notice from that list is what is missing: big names, well known politico’s that are big money raisers. That is unfortunate because Debra really does offer something different and substantial. At least she used to: after this press conference, I must tell you that I have some doubts that I had managed to overcome. Let me explain.

Anyone that has read much of what I’ve written (poor souls) knows that I’m not a fan of U.S. Border Watch or its president, Curtis Collier. I think that their rhetoric and actions hurt the Republican Party by driving away Hispanic votes that otherwise would be with us. At best, their rhetoric is inflammatory: at worst, it is derogatory and racist. At once, they claim to be against illegal aliens because of gang violence and drug pushers but picket and video men that are trying to work to feed their families. I have a very difficult time reconciling the two.

That said, I thought that their spokeperson, Bob Price, did a very good job yesterday in his endorsement speech. Not only did he focus on the border, he took on Sen. Dan “Cowboy Logic” Patrick for outright lying about Mrs. Medina’s position on gun control. I thought I was the only one willing to point that out. In case you missed it, Sen. Cowboy Logic told his audience (which is shrinking by the month) that Mrs. Medina wanted to do away with concealed carry laws and was therefore in favor of gun control.

Laughable if you have ever met Mrs. Medina. Sen. Logic left out the rest of her line which is “because the State has no right to tell people they cannot protect themselves”. No candidate in this race is more pro-Second Amendment than Debra Medina. Cowboy Logic nothwithstanding.

You can watch his endorsement here, it is about 10 and a half minutes in length.

Now, it was Debra’s turn. And I must tell you, I didn’t hear the same person that I talked about here. If you click on that link, you will find a 6 1/2 minute audio clip of her talking about the border. You should listen to that one and then view her complete speech from yesterday, which is just over 11 minutes in length. The two are so different I left wondering what I had just witnessed.

First off, it is apparent that she has absorbed the inflammatory language of U.S. Border Watch. She used terms like “mobocracy” and “invasion” to describe the border situation, a situation which is so complex and integrated into our society that the “simple” solutions proffered by most politicians are ludicrous. I think that most Americans agree that unchecked immigration has caused problems in our country but we are far from unanimous on a solution to these problems. Inflammatory rhetoric does nothing to help solve the problem. Besides that, she never gives credit where credit is due: the border today is far more secure than it was when President George W. Bush took office. That is a fact, not rhetoric.

But far worse than absorbing their language, she repeated some of their more bizarre arguments. Please, please watch this 56 second clip, in which she alleges that “she has heard reports from all over Texas that orders are being given within departments to stand down on the prosecution of crime committed by illegal aliens and visitors to our state”. Note that she states this shortly after remarks about “human slavery and child labor law”.

Debra Medina Claims Illegal Aliens Are Not Being Prosecuted for Crimes from Big Jolly Politics on Vimeo.

That is an incredible claim. An irresponsible claim unless she can produce names and turn them over to the Texas Rangers immediately. I do not believe those claims, although I do believe she has heard them given that she also said that she had spent the past six or seven months talking with U.S. Border Watch. Those types of bizarre claims are right up their alley.

The last problem I had with her speech isn’t as conspiratorial, unless of course you are of the mindset that the CFR rules the world and free trade is bad. One of the actual planks in her Border Security Plan is to nullify any treaty that the U.S. has made that infringes upon state sovereignty. In this 48 second clip, she claims that NAFTA and CAFTA actually create poverty in Mexico and Central America – an absolutely false claim.

Debra Medina – We Will Not Recognize Treaties from Big Jolly Politics on Vimeo.

The reasons behind the levels of poverty in those nations are multitudinal and extremely complex. The impact of NAFTA has not been as positive as anyone had hoped but it certainly has not “created poverty”. Here is one study (for you conspiratists out there) and here is another. It just isn’t true.

The other parts of the plan are pretty good. Using the Texas National Guard and Texas State Guard are better ideas than Sen. Hutchison’s volunteer force. The Second Amendment protection is good. Eliminating social incentives is a great idea – but how are you going to get it done? Working with the Mexican authorities is a given and Gov. Perry should have been doing that all along. Working with County Sheriff’s is a no-brainer and Gov. Perry has been negligent not to.

But Debra! Throwing out conspiracies and unfounded rumors is sooooo not like you. Eliminating trade barriers with other nations does not lead to poverty! Prosecutors in Texas are not being told by anyone to “stand down” instead of prosecuting illegal aliens for the crimes of human slavery and child labor laws; I give you my personal guarantee! I’m befuddled.

Note: I did email the Medina campaign ahead of time and told them that I would be writing this. I hope that they are huddled somewhere preparing for tomorrow nights big debate. Without U.S. Border Watch representatives assisting them. A lot of people worked really hard to get her into that debate and we want her to succeed.