Last week BJP reported the Fort Bend Juvenile board members themselves voted on a deal to use $100,000 in taxpayer funds for their defense in the suit and now a search of the Fort Bend ISD vendor payments website reveals in excess of $1,123,700 paid to the law firm of Rogers, Morris, and Grover, LLP in fiscal year 2016. 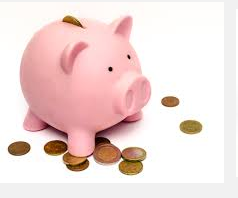 “alleges that school offense citations are prohibited under Texas law and only the legislature can establish a Court. The Dallas County Truancy Court system is authorized under statute to operate a stand-alone criminal Truancy Court, Fort Bend County is not.”

Unlike Dallas County, Fort Bend “can establish magistrate activities only but has no lawful authority to create a court,” lead attorney in the suit Deron Harrington (Law Office of Deron R. Harrington) told Breitbart Texas.

The petition called this situation an “abominable fraud” also because Texas Government Code 26.045 “renders the Fort Bend County Commissioners devoid of any lawful power to create a criminal court of law” which, in turn, has no jurisdiction to hear these Failure to Attend School (FTAS) complaints, widely recognized as “truancy” charges.

Exit question: did the enactment of HB 2398 change or alter in any way that governmental officials cannot operate a stand-alone court of law without legal authority?

Fort Bend County Commissioners and the County Judge voted themselves a pay raise this past week and it’s right on the heels of similar pay raises discussed in Montgomery County.

Judge Hebert’s annual salary is proposed to increase to $131,519. The County Judge also receives a $7200 supplement from the Fort Bend Juvenile Board. Yes—THAT board!

All four Commissioners and the County Judge also receive a $2400 supplement from the Fort Bend Drainage Board.

The salary of the four Commissioners is proposed to increase to $125,256.