You are here: Home / 85th Texas Legislature / When a Corridor is a Cap

State Representative Dan Flynn from Van, Texas ran the Houston pension bill hearing last Monday. Speaker Straus has appointed Flynn to serve as Chair of the House Pensions Committee for the past two legislative sessions. Although Flynn claims that he has “never voted for a bill to raise taxes” he does not seem to mind increasing the tax burden of Houstonians. All for his good buddy Sylvester “Sly” Turner.

Last Monday, I attended the House Pensions Committee meeting. Flynn ran the meeting like an autocracy, which is just the way Turner wanted the meeting to function. Although opponents to the Flynn/Turner bill were permitted to speak, they were not allowed to sit in the hearing room until their turn to speak. When I attempted to enter the hearing room, I was told that I would have to go to one of the overflow rooms. I quickly learned that the city lobbyists were controlling the seating and only those supporting the bill were allowed to sit in the hearing room during Mayor Turner’s presentation and those of the resource witnesses.

The large overflow crowd took up two committee rooms and a large auditorium located in the Capitol extension. The red Houston firefighter t-shirts contrasted with the HOPE t-shirts worn by the City of Houston Organization of Public Employees. Some city employees drove to Austin in city vehicles. 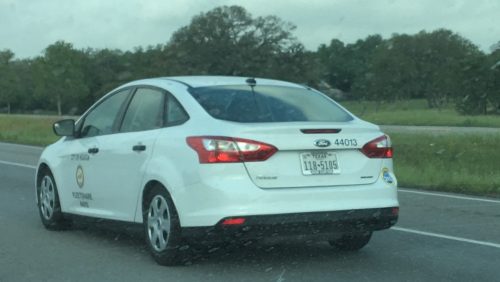 Flynn is carrying Houston’s pension bill, HB 43, in the House and put words into the mouths of speakers before his committee. Flynn made every speaker announce their name, state whether they are for or against the bill, and asked all the speakers to acknowledge that they were speaking on the committee substitute to HB 43. I am sure that Flynn’s directions were confusing to the numerous witnesses who were new to the legislative process.

HB 43, as substituted, is the companion bill to Senator Joan Huffman’s pension bill, SB 2190. The two bills, as substituted, are identical except for the provision in SB 2190 that requires a vote on the process. These two bills contemplate a billion dollar pension obligation bond.  Huffman’s bill 2190 requires a vote for the pension obligation bonds. It should be noted that the firefighters receive no proceeds from this bond. Turner and the police and municipal employee unions object to the voting requirement in Huffman’s bill. I believe this is because they know that Houstonians would not vote in favor of more debt. Please note that Turner does want to place a referendum on the November ballot that would allow him to lift the revenue cap.

Turner, the first witness, described how the world would end without the approval of HB 43. The truth is if HB 43 failed, several scenarios could play out. The city could:

The revenue cap, approved in 2004, limits the increase in the city’s annual property tax collections to the combined rates of inflation and population growth, or 4.5 percent, or the lower of the two. Voters in 2006 adjusted the cap, allowing $90 million above the cap for public safety spending. Turner has not made his desire to spend above the cap a secret. Turner’s attempt to cap pension expenses and remove the property tax cap will be difficult for city voters to stomach.

The city’s ability to borrow large sums from the unions by not paying them has allowed the bloated bureaucracy to breed inefficiency, redundancy, and a lack of accountability. Turner’s plan punishes the firefighters when they have been the responsible adult in the room for many years. Instead of bloated salaries, Houston fighters have been fiscally responsible by requiring a fully funded pension. Now, the pay scale between police and fire is significant.

Truth be told, the police cut a very fat hog and now they want their firefighter brothers to pay for it. Turner will do anything possible to pass HB 43 because it allows him to spend money at an irresponsible pace. The police and municipal employees want HB 43 to pass because it gives them a billion dollars to allow escaping union members to retire. Those left behind will have to deal with the increasing realization that their pensions may not be funded.

Some union members have figured out that the defined contribution plan (in contrast with the defined benefit plan) actually costs less and gives more than Turner’s plan. Social media is interestingly enough playing a role in disseminating information about the cost of the corridor. Huffman’s bill has been placed on the intent calendar for floor debate in the Senate this week. It could be called at anytime. Will Bettencourt filibuster the bill? It will also be important to watch what happens to SB 2190’s voting requirement. This is where Turner and the city’s lobby team will attempt to get rid of the voting requirement.