What’s up with the Harris County Republican Party? 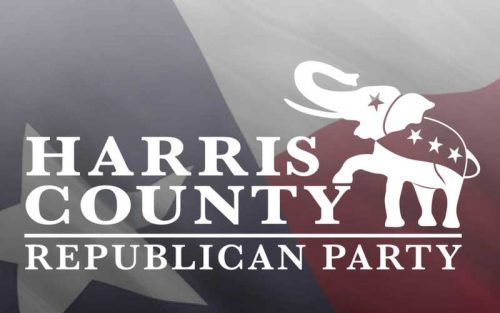 Deja vu all over again. The big three have apparently found their man to challenge Chair Paul Simpson in order to get their “power” back. What that power exactly is I have yet to figure out. Mostly I think it is simply two different idealogical groups that think their way is the best way and that is that.

For the uninitiated in Harris County Republican circles, the big three would be Dr. Steve Hotze, Terry Lowry and Gary Polland. For more than a decade they were able to control the party and its candidates through the use of political mailers. Whether that was a good thing or a bad thing is in the eye of the beholder. I thought it was a bad thing and spent a lot of time trying to lessen their influence. I won’t say that I was entirely successful but they are less influential today and there are many other players in the political mailer wars.

Being less influential also means that they have to up their game and get better at what they do if they want to regain their dominance of the local Republican landscape. I haven’t seen evidence that they have been successful at getting better but it isn’t for a lack of trying. Which brings us to Polland’s latest attack on Simpson.

So in this nationally toxic environment you would think that the party leadership would be doing things to help move the party ahead. So projects like a Judicial Petition Signing Party is one barometer of party effectiveness.

A few weeks ago the Harris County GOP held a Judicial Signing Party and according to some of our incumbent judges, it did not go well. First, it was in the wrong location. Second, attendance was disappointing with many judges getting only the participants and their staff’s signatures. Keep in mind Simpson was forced to do the signing as a one-time event by the Judges as he originally proposed to do signing parties at regional offices.

Not waiting to get full information on the $1 billion budget busting City of Houston bond issue, Simpson pushed a resolution in support of the bonds, which the party’s precinct chairmen voted down. Congratulations to Jim Hotze and others who correctly pointed out that the largest bond issue in the City of Houston’s history does nothing for flood control and repairs and that the city has no plan of how to pay off the bonds.

These are just the latest examples of failed leadership following the disaster of the 2016 election in which Simpson led the GOP to a historic sweep by the Democrats. In a presentation, this week at the Downtown Pachyderm’s Club, Simpson is still selling his discredited plan for success he’s been touting since before the 2016 debacle with no apparent change.

Does anyone believe the results will be different in 2018 using the same, tired plan? Could it be that Paul Simpson’s goal is the final demolition of our countywide GOP? It’s either that or gross incompetence. Regardless, our countywide officials and candidates deserve better and that’s why a change at the top of the Harris County Republican Party is desperately needed as soon as possible.

There is a lot going on in that piece. But we can make it simpler by breaking it into three complaints that Polland has.

Let’s briefly look at each of these complaints. I say briefly because we can expand each of them if someone really thinks it is worthwhile.

After reading Gary’s post when it came out Friday evening, I decided to ask around about the signing party since I wasn’t in attendance. The people I talked to include incumbents, challengers and consultants. I also talked to the HCRP Executive Director, Benjamin McPhaul.

In total, the impression that I have is that while it might not have been the biggest and best ever signing party, it wasn’t exactly horrible either. Counting the candidates, a total of 504 people checked in and received preprinted labels with their voter information on them. So if you remove all 79 candidates from that number, every participant had the opportunity to get 425 signatures. Since the requirement to get on the ballot is 250, most of the incumbents were able to reach that number. The number of signatures necessary to waive the filing fee is 500, so they would have fallen a bit short if that was a candidate’s expectation.

There were a few complaints but no one seemed really upset. Some thought the food was lacking, others said the snacks were great. Some thought the location was too far from past events held at the Galleria, others liked the free parking and easy access. Most thought it was well run and went smoothly, one consultant thought that they should have separated opponents into sections instead of having them fight over the same voters. One incumbent thought that the cost was too high and that it was represented as a break even event. I confirmed with McPhaul that the event netted about $45,000 for the party.

So based upon my conversations, I don’t think that “did not go well” is the correct description.

I think that the big three might be reading this wrong. Yes, Simpson lost that vote but from people that I have talked to that were there, it was at the end of the meeting, many people had left and it wasn’t a lopsided vote. I watched the video and the Nays were louder than the Yeas but agree that it wasn’t close to a resounding defeat. Besides, people like me that would have supported it weren’t there. Hey, I had a council meeting! And if Simpson was defeated, so were the Lt. Governor and Sen. Huffman.

That said, Simpson did in fact lose a vote and in politics, that is perceived as weakness and when politicians see a weakness, they attack.

November disaster and refusal to change

November’s results were a disaster. No one has written about that disaster more than we have. If you don’t believe me, click here and scroll through the dozen or so articles with data. Since I wasn’t at the Downtown Pachyderm last week, I can’t comment on Paul’s presentation.

But I can comment on the changes that I’ve seen him make since that election. Shortly after the election, I met with Paul for a couple of hours one on one and also met with his team in a presentation to area bloggers. After those meetings, I shared Gary’s frustration with Paul seeming to defend every action they took and told him and his team that. I thought that they were too defensive and should have listened to what we were saying.

After observing the party’s work since the November election and our meetings, it is clear that they were listening. In the years that I have been observing the party, there has never been a higher level of engagement with precinct chairs. They have training programs, they have calls, they have field reps and they have those field offices that Gary doesn’t seem to like. In fact, as a direct response to our meetings, Paul opened one in Baytown, an area that has traditionally been overlooked and given lip service.

In addition, Paul’s engagement with Gov. Abbott’s team and the state party is at an all time high. They have made huge strides in making critical data easily accessible to precinct chairs. They are coordinating on strategy to maximize voter turnout next year. The micro targeting that they are able to do has never been done in this county by either party.

So yes, absolutely, November was a disaster. And I can’t sit here and say that the changes Paul has made will result in a different outcome. But neither can Gary say that Paul has refused to change because it simply isn’t true. Heck, I think I even saw Paul on the TV once. 😉

Ah, the big question. And one that I think I can answer. I received a call that afternoon saying that the big three had a meeting earlier that day and that they had a candidate that agreed to run against Paul. I’ll wait until that guy decides to announce it but he’s a solid candidate. I don’t think he can win but am open to hearing what he has to say, if it is positive. Contrast (political speak for negative) ads are a necessary part of any campaign but they can’t be the totality of it. What will he do different if he is elected?

So Harris County Republicans are going to have another all out war to see which side gets to lead the party. It will be a massive waste of time and resources, resources that could be used in November 2018 to return good Republicans to county and judicial positions. I wish that both sides had taken my advice and sat down with each other to discuss working together instead of continuing splintering the party. Of course, then I wouldn’t have as much to write about, so there’s that.

Why you and why not me?

So what’s happening with political party finances in Harris County?

I guess it depends upon whose ballot box is gored