On September 20, 2013, the Texas Ethics Commission acknowledged acceptance of a sworn complaint against Missouri City Mayor Allen Owen. Errors in expenditure totals, omissions of the purpose of expenditures, and failure to disclose addresses of persons or entities receiving political expenditures are among a multitude of alleged violations of Texas campaign finance law filed against the Missouri City Mayor.

Over the last two years, the notice alleges, Owen failed to fully disclose the address of person (s) or entities receiving a political expenditure in violation of Section 254.031 (a) (3) and in TEN places failed to disclose a description of the activity conducted with an expenditure. 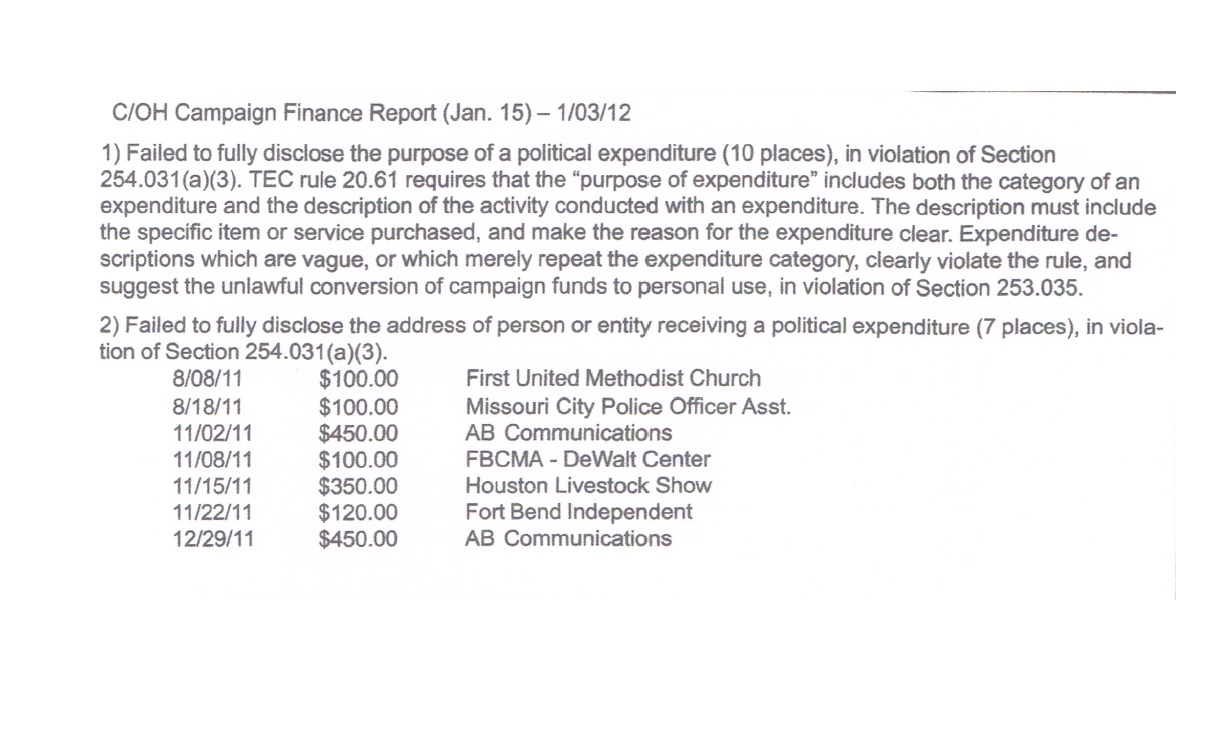 Additionally it is alleged Mr. Owen failed to disclose the total principal amount of all outstanding loans, in violation of Section 254. 031 (a) (2).

Read the rest of it here.