A few months ago, I spoke to the Spring Tea Party about the prosecution of David Daleiden and Sandra Merritt, the citizen journalists who investigated the unlawful selling of body parts by Planned Parenthood. This followed my appearance at the Daughters of Liberty (DOL) where I was invited to speak by DOL president, Bonnie Lugo, about the indictments. David Jennings wrote a story about Devon Anderson’s attempts to prevent my speech and you can read it here. Bonnie Lugo says it best, “I am pro-life before I am a Republican.” She is a pro-life warrior and I cannot thank her enough for allowing me the opportunity to speak to her group in the midst of enormous pressure by Devon Anderson to cancel my appearance.

Think about that concept for a second. 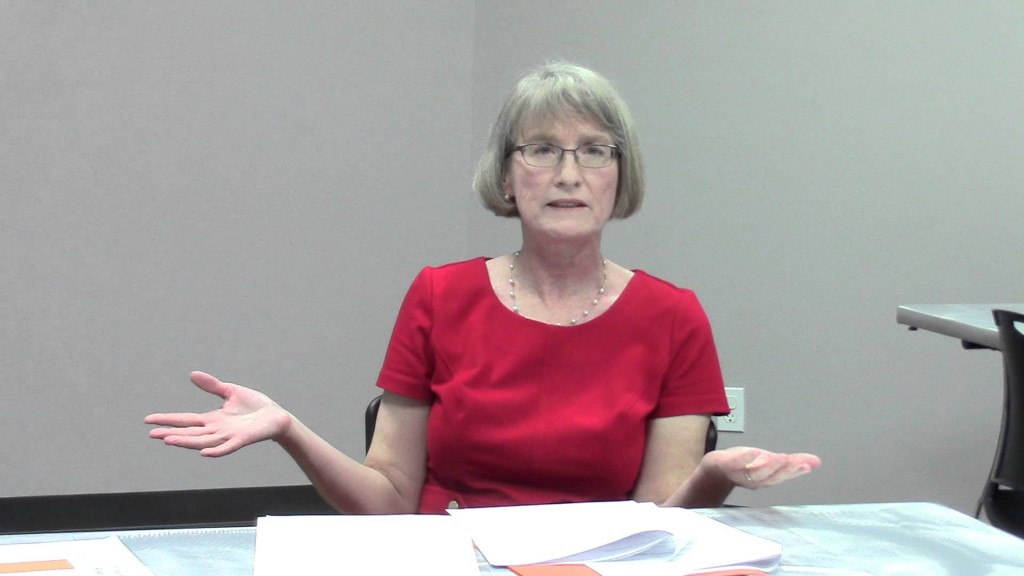 What happens when a grand jury indicts a police officer in this anti-police environment? I know that high ranking officials of the Houston Police Officers’ Union are concerned about this possibility. Under Susan Brown’s leadership, all but one of the Harris County felony court judges have a standing order with District Clerk Chris Daniel to hide the names of their grand jurors. These orders are in conflict with the spirit of opinions from three Texas Attorneys General. You can read all of the various opinions from the Texas Attorney General’s Office here: 1 Mr G Brian Garrison, 2 Barnhart vState, 3 Mr Rodolfo Ramirez, 4 Mr Scott A Durfee, 5 Ms Angelia Orr, 6 Ms Ashley D Fourt, 7 Ms Donna M Hawkins. Transparency is justice.

Since Anderson’s office failed to prosecute Dr. Karpen, I have been following Anderson’s injustices when it comes to protecting life. I knew that Tuesday, July 26, 2016 would be an important date for David and Sandra.

Keel’s grand jury indicted David and Sandra for the felony offense of tampering with a government document because they allegedly used fake identification to work undercover and expose Planned Parenthood. The grand jury also indicted David for offering to purchase baby body parts, a misdemeanor. David’s attorneys filed a motion to quash both the felony and misdemeanor indictments.

The felony case fell into the 338th District Court with Brock Thomas presiding. When Devon Anderson and Thomas lost their benches in 2008, they practiced criminal defense together.

Thomas set a hearing on David’s motion to quash for July 26. David’s attorneys filed a motion to quash and the government filed a response, which included an affidavit from Josh Schaffer, attorney for Planned Parenthood. Exhibit C {Josh Schaffer’s Affidavit}

As I revealed a few days ago, Devon Anderson was adamant that the prosecution of David and Sandra was just and being handled by her top staff. Sunni Mitchell, the much-touted and tenured prosecutor leading the charge, was in the courtroom but seemed to be a passive participant. Mitchell also led the “investigation” into Douglas Karpen that ended in a no bill.

I got to the courthouse early and entered the courtroom to see what I could see before the hearing began. The audience was filled with local reporters and defendants on the daily court docket. As I sat in the courtroom, I saw Jared Woodfill approach David and whisper something in his ear. Then, Judge Thomas announced to the crowd that the state dismissed the indictment against David.

I knew that the state had subpoenaed three people: (1) Josh Schaffer, Planned Parenthood’s lawyer, (2) Inger Chandler, a prosecutor from the DA’s conviction integrity unit, and (3) Murphy Klasing, David’s original attorney who communicated with Sunni Mitchell when David submitted his videos to the DA’s office. Schaffer was conspicuously absent from the hearing.

I ran into Murphy Klasing in the courthouse elevator. He was a little late and surprised that he missed the hearing since he was an expected participant. Murphy said that the prosecutors called him on Friday to say that they would prep him on Tuesday morning. Murphy told the prosecutors that he wanted to prep on Friday because he wanted to be prepared. Also, he was a little perplexed as to why the state wanted him as a witness because he did not have anything to say that would help the government; but, the prosecutors put him off. Murphy was the lawyer who first realized that the DA’s office had given David’s videos to Planned Parenthood so his testimony was crucial to David’s defense.

The interesting no show was Josh Schaffer. If he was a subpoenaed witness, why wasn’t he there? I was anticipating Josh’s testimony because what would he say on the stand after writing an affidavit that supported the defense’s contention that the grand jury investigation was improper? I know Josh to be a good lawyer and doubt he would perjure himself for his client or Devon Anderson.

Now, more than ever, I believe that Mary Lou Keel’s grand jury did nothing with this investigation until after the grand jury term was extended on December 16, which is not in compliance with the Code of Criminal Procedure. When I spoke at both the Daughters of Liberty and the Spring Tea Party, I discussed what I called the smoking gun.

In his affidavit, Josh Schaeffer said that Planned Parenthood did not know Sandra Merritt’s name until after January 2 when David Daleiden gave a deposition in California. If this was true, Mary Lou Keel’s grand jury could not have been investigating Sandra when it was extended in mid-December. In Texas, grand juries can only be extended to continue an investigation.

I requested the names of the grand jurors from Harris County District Clerk Chris Daniel; but, every attempt was thwarted. David Daleiden always had the right to this information as a defendant.

When asked about releasing the grand jury information on the campaign trail, Mary Lou Keel would say, “Well, David’s lawyers have not asked for the grand jury names.” In her race for the Texas Court of Criminal Appeals, Keel used quotes from David and Sandra’s lawyers to support her claim that she did nothing improper in relation to this investigation.

“I’ve known Judge Keel since we were prosecutors together over 25 years ago.  She is a highly ethical, by-the-book judge who knows and follows the law.  She will be a tremendous asset to the Texas Court of Criminal Appeals.” Terry Yates (David’s attorney)

“I have known Judge Mary Lou Keel for almost 30 years. I first met her as an Assistant District Attorney where she was a tough, but fair prosecutor. As a lawyer having appeared in front of Judge Keel for more than 20 years, I have found her to be knowledgeable, straightforward and very well informed. Her experience and expertise make her uniquely qualified to serve on the Texas Court of Criminal Appeals.” Dan Cogdell (Sandra’s attorney)

In November, pro-life voters need to remember Keel’s efforts to hide the names of her grand jurors. The win-at-all-costs mentality from Anderson and Keel is pervasive. Keel, wounded after her grand jury indicted two pro-life activists, obtained references from two attorneys representing David and Sandra. I believe that it was improper for these attorneys to support Keel, especially when Keel improperly extended the grand jury that wrongfully indicted their clients. It was certainly improper and unethical for Keel to seek out and use these endorsements. This impropriety places a stain on her campaign to sit on the highest criminal court in Texas.

Since David and Sandra were indicted, Anderson and Keel have emphatically supported their actions. Keel said that she did not mishandle her grand jury and the extension was proper. Anderson said that the indictments were valid and claimed to feel like Atticus Finch. In other words, Anderson likened her prosecution of David and Sandra to Atticus and his defense of an innocent black man.  Both Keel and Anderson said over and over that they are pro-life. Then, on July 26, Anderson’s prosecutors dismissed David and Sandra’s tampering case with the notation that the grand jury investigation was invalid.

Is it a coincidence that the DA’s office dismissed the indictments against David and Sandra after David’s attorneys requested the grand jury information? I say NO. The dismissal happened on the very next court setting.

Also important is the fact that Devon and her minions have left open the possibility of re-indicting David and Sandra. I am afraid that this is not over.

Nonetheless, the damage to the pro-life movement by Mary Lou Keel and Devon Anderson and her office is undeniable. The RICO case against David and Operation Rescue has one purpose: to silence Planned Parenthood critics.

Paul Simpson, Jim Murphy, and Jacquie Baly have proven that they do not value life by participating in endorsement videos for Devon’s reelection effort. You have to really question the judgment of these folks in light of Devon jailing several rape victims and a homeless witness to illicit testimony in court.

There are two reasons why Devon dismissed the cases against David and Sandra and justice is not one of them. First, the DA’s office was adamant to protect Keel’s grand jury. As I have outlined before, the DA’s office had at least fifteen grand juries that could have heard this information. Why hold over this particular grand jury? Second, Devon is feeling the heat from the revelation that her office requested the placement of a sexual assault survivor in the Harris County Jail. Backed into a corner, Devon was forced to do something to improve her image in the community.

I implore you to not let Devon sweep this under the rug. Devon did not have a sudden change of heart on these cases. You have an opportunity to right this injustice in November.