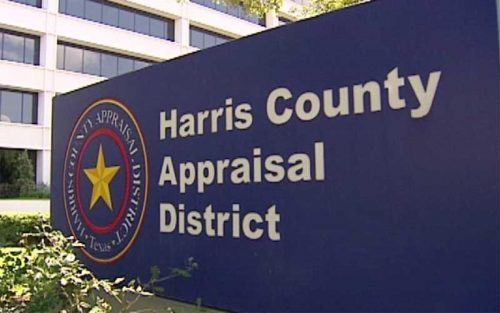 To reappraise or not to reappraise. That is the question. And we do not seem to be getting a lot of leadership on the issue from our elected officials. Unless you live in Shoreacres. Or a few other jurisdictions. But for the most part, our ‘leaders’ are trying to push the issue under the flood waters. Or even worse, finger pointing.

A property tax reform bill that would have required all local governments to reappraise damaged homes and businesses and lower the tax bills came within a single round of votes on four different occasions. If the mandatory reappraisal proposal had become law, it would have all but assured that the tens of thousands of homes and businesses damaged or destroyed statewide because of Harvey would have received a reduction in property taxes this year.

But it never passed, and according to the state lawmaker who came up with the idea, it’s because of the bathroom bill. Rep. Sarah Davis, R-Houston, lays the blame on Lt. Gov. Dan Patrick, who she contends was trying to blackball her bills.

“I have little doubt its slow death in the Senate is because of social issues like the bathroom bill,” said Davis, whose district flooded badly during the 2015 Memorial Day storms and the 2016 tax day storms.

Davis is correct, there is little doubt that the Lt. Gov. was playing petty politics. As was Davis on the ‘bathroom’ issue. And while the issue is black and white to me, there is another side to the argument. Former Harris County Tax Assessor Collector Don Sumners had this to say:

Unfortunately, the Tax Code’s disaster reappraisal provision and cost incurred make its implementation impractical for all but small homogeneous taxing units. And, then most taxing units facing additional costs for disaster cleanup etc., will be reluctant to vote for a request for the reappraisal Also,the proration of the appraisal value loss substantially reduces (only three plus months) the tax reduction benefit to the taxpayers.

He’s right about the expense being borne by the taxing entity requesting the reappraisals. And while the cost could theoretically be reimbursed by state disaster assistance funds, it is still a cost to the taxpayer. And clearly the taxing entities will lose revenue that they had most likely already budgeted for.

Let’s take a look at what that actually means for a residential property in Houston. The article above uses what I think are unrealistic numbers to get a savings amount of $700 in school taxes for a $200,000 property now worth $30,000. Obviously, schools are but one taxing entity. Had the bill been passed in the legislature, all taxing entities would be required to reappraise, reducing the total tax bill significantly. Let’s see what it looks like in real life. I chose a location in the downtown area – the specific taxing entities on your tax bill will probably be different.

You can see from this chart how they arrived at their $700 number. But there are really three main classes of residential homes in Houston. The first, with no exemptions, would typically be an investment property that you are renting out. The second class is a regular, under 65 homeowner, with a basic exemption. The third class is an over 65 homeowner, with far greater exemptions.

The total savings for a reappraisal in this case varies from $1,600 to $600. But it is unrealistic in that it will be a rare case that a home loses that much value. The land itself is typically 25 – 30 percent of the appraisal. And the damage is not going to be that extreme in most cases. So I think this is a more reasonable example:

If you read BJP even occasionally you know that Harris County Judge Ed Emmett is my favorite Republican in office. But this is not his finest moment.

“It’s not a very workable solution,” Harris County Judge Ed Emmett, a Republican, said about why he has not voluntarily called for the reappraisals in Harris. “It’s not that I don’t have sympathy for people and what they’ve lost.”

He said the problem is the reappraisals would cost $10 million in a county as big and urban as Harris County. Plus the county would lose revenue from tax collections at a time it most needs the money to address the natural disaster recovery.

He added that property owners still will get the benefit of the Jan. 1 appraisals for the next year’s taxes. That almost certainly will result in lower tax bills for homeowners with damaged properties next year.

The $10 million to reappraise is a rounding error in the county budget. And while he says he has sympathy for those that have had their lives turned upside down, he wants them to pay more than their fair share in taxes because he doesn’t want the county to lose that revenue. But the worst thing in that statement is saying that property owners get a ‘benefit’ from the lower appraisals next year. That’s like the coldest statement ever. Your home has been destroyed but don’t worry, you’ll benefit next year because your taxes will be lower. Because your home was destroyed. But since we want the money you would have owed had your home not been destroyed, you must pay more than you should this year. To put it succinctly, that ain’t right.

If the cost to reappraise is an issue, then give homeowners an option to pay the $20-30 cost. Who in their right mind wouldn’t pay $30 to get a $1,000 off their tax bill? The truth is that the cost isn’t an issue. The real problem is that most elected officials don’t want their budgets to shrink.

But Emmett is dead on in this assessment:

Speaking to about 1,300 people in Houston on Tuesday night, Patrick made clear he thinks counties – including Harris – should be deciding on their own to reappraise damaged property.

“I can assure you we’re strongly encouraging Harris County to have reappraisals for all of you,” Patrick said at the meeting at the St. John Vianney Catholic Church in Houston.

If Harris County and others do refuse, Patrick said “we will pass a law in next session” to make sure they do reappraisals.

At that same meeting, State Sen. Paul Bettencourt, R-Houston, said he too will be looking for a way to demand all governments reassess after storms.

“We’re going to come up with a statute that’s going to make it automatic,” he said.

Emmett said he’s getting a little tired of both Bettencourt and Patrick and their “one-trick pony” act where they put pressure on county governments to cut taxes when it is really school taxes driving the bulk of people’s tax bills.

Dan and Paul have been spouting off about property taxes for almost two decades. And they’ve had the power to do something about it. But instead of doing something about it, they flap their gums. Make no mistake about it, the ‘property tax reform’ they proposed in the recently completed regular and special sessions wouldn’t have put a dime in anyone’s pocket. Emmett wanted them to let Harris County do away with property taxes in exchange for a sales tax. When I asked Paul if he would support that, he said no. Why? Because Emmett didn’t attend a hearing that Paul held on property taxes. Obviously the petty nonsense described above isn’t new to these people.

This is but one reason that politicians are held in such low esteem.