You are here: Home / Politics / National / Rep. Sheila Jackson-Lee Hides From Her Constituents

That was Congresswoman Sheila Jackson-Lee in April 2006 when the unemployment rate for African-American males 20 years of age and older was 8.3%….

Fast forward to July 2010: The Bureau of Labor Statistics reported a 16.7% unemployment rate among African-Americans males 20 years of age and older.

What say you NOW, Sheila?

Sheila Jackson-Lee did not have the courage to advertise August 2010 events on her website. Below is a screen shot from her campaign website. Sheila Jackson-Lee does not have the courage to even face the 220,000 Independents in her district and explain her votes on Cap & Trade, Health Care, and the rest of the job-killing, prosperity- killing Obama agenda. 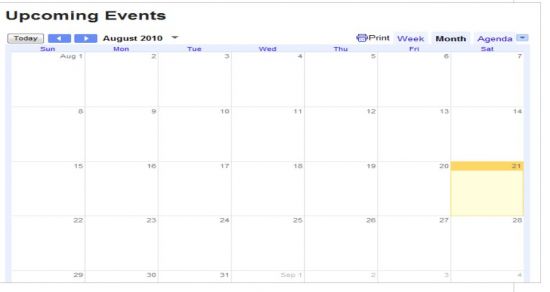 John Faulk is running against Sheila Jackson-Lee. He can win.

Yvonne Larsen is a volunteer for the John Faulk Campaign.