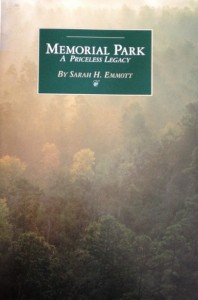 The TIRZ 16 Memorial Park saga continues. In 2013, TIRZ 16 annexed Memorial Park, which I wrote about here. The TIRZ sought an extension of its own expiration from the city and, simultaneously, the city cut a deal for park improvements using bond proceeds to be sold by TIRZ 16. This required TIRZ 16 to annex Memorial Park into their jurisdiction. One of my big concerns at the time was Stephen Costello’s involvement in and manipulation of the Memorial Park Conservancy – specifically, the obvious deviation from the park’s original purpose.

Fast forward to Houston City Council’s recent approval of the Memorial Park Master Plan. This plan reconfigures the park in a number of major ways. The Master Plan is yet another puzzle piece inside a long-term plan by engineers, landscape architects, and other ne’er-do-wells to spend lots of taxpayer money – TIRZ money in this instance. The so-called Master Plan, as laid out, didn’t come with a number; but, lots of questions were asked about the number. Making Memorial Drive go underneath the park will, no doubt, cost city taxpayers a lot of money.

Let me tell you why I was concerned about Stephen Costello’s involvement with Memorial Park. First, he led the effort to enact the “rain tax.” He and his merry group of engineers completely misled city voters on the cost of the rain tax – rebranded as Renew Houston. At the time of the rain tax election campaign, I debated Steve Ross, an engineer and spokesman for Renew Houston.  Ross told television listeners that the new tax would cost less than the Starbucks in my hand – a mere $5 per month. This, of course, was never true. Applying simple math, the rain tax numbers did not add up – $5 per month multiplied by 440,000 residential homes only raised $24 million. Either this was a vast fraud on the city taxpayers or Costello and Ross aren’t very good at math because Costello’s rain tax charter amendment required $125 million to be raised by the rain tax.

While this fuzzy math debate was going on, Costello owned an engineering company with $38 million worth of engineering contracts with the city of Houston. We know this because Stephen Costello told us so – right here. After the rain tax squeaked by, Clyde Bryan and I worked hard to get copies of Costello’s city contracts. Clyde and I went to City Hall on a multiple occasions asking to see Costello’s contracts. One of the contracts acknowledged by Costello was consistently unavailable – neither Costello nor the city would provide this contract. Jarvis Johnson, City Councilman for District B at the time, walked up to me at a council meeting and said that I was “never going to get the contract.” My first thought was, hum, what does Jarvis have to do with this contract?

Needless to say, I identified Costello as an elected official who needed to be watched carefully because his deceitfulness was blatant and self-serving. During his initial campaign in 2009, Costello could be seen at every Republican event in the city. Just a year later, Costello worked with his engineering buddies to pass the rain tax – a cash cow for the engineering community that was not in line with conservative principles. My concern boiled down to this – if Costello would pull his rain tax shenanigans on the city taxpayers, what was he doing as chair and a longtime board member of the Memorial Park Conservancy?

When the TIRZ 16 announced the proposed annexation of Memorial Park in 2013, I expressed my trepidations to City Council. My big worry at the time was allowing any group to annex the park – especially a group that could potentially encumber it with debt. Also, I recognized that a TIRZ, a political subdivision of the State of Texas rather than the City of Houston, would likely not fall in line with the Hogg family’s restrictions on the park. I am sure that TIRZ 16 or a TIRZ of any kind was unforeseen by the Hogg family.

I was present at the recent City Council meeting where the Memorial Park Master Plan was debated. At the meeting, 52 people signed up to speak and I was curious to hear what people would say – I did not speak. The usual suspects championing the Master Plan were sprinkled in with the conservationists. I could tell that the spend-lots-of-money crowd had done their usual job of convincing everyone that the Master Plan was the way to go. I was (and am) very skeptical.

The 51st speaker on the list was a name I recognized, but could not remember why. It was a common yet familiar name – Frank Smith. Mr. Smith is not a tall man and, at 93, was not an imposing figure. He spoke in a somewhat quite voice, the voice you use when you want people to listen carefully – a skill that I have been trying to develop. When Frank began to speak, he told the council that he is the last remaining member of the Conservancy appointed by Ima Hogg herself. Now, I thought, here is someone I wanted to hear what he has to say. You can watch his testimony here, advance it 7 minutes into the hearing.

Mr. Smith was allowed one minute to speak and Oliver Pennington then asked him a couple of questions. The reason you should care about what the Hogg family and Ima Hogg, in particular, thought about Memorial Park is because Frank knew her and his best friend growing up was Jack Staub, son of John Staub, Ms. Hogg’s architect who built Bayou Bend. Jack was also a Conservancy member, President of the local Audubon Society, and a Doctor here in Houston until his death. Frank made a couple of statements that inspired me to track him down and take him to lunch.

The first thing Mr. Smith said that piqued my interest was that Ms. Hogg knew every architect and landscape architect in town and did not appoint one architect of any kind to the Memorial Park Conservancy. Now, that is a strong statement. Ms. Hogg’s belief was that the park could coexist with the golf course, swimming pool, and ball fields; however, the main purpose of the park was to be a wildlife sanctuary and kept in as natural state as possible. You can see this reflected in the individuals appointed by Ms. Hogg to the conservancy. 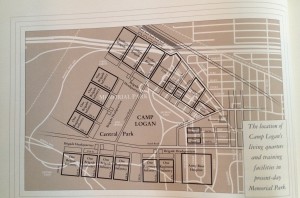 At lunch, Frank told me of the many previous battles – to place the Astrodome in Memorial Park, drill for oil in the park, and convert the park into a fish hatchery. Ms. Hogg was always able to hold them back. Ms. Hogg knew the battles were great. More importantly, she knew the powerful contracting, engineering and architectural community had designs for the park. On over 100 occasions, Ms. Hogg fought with different interests who were scheming to encroach into the park or convert its use. Over the years, Mr. Smith was a witness to the strong forces used to preserve the park.

The new Master Plan for the park creates a land bridge – envision Memorial Drive as a tunnel running underneath the Park. This is a landscape architect’s vision for the park. Buffalo Bayou and the park itself are scheduled for heavy construction destroying the natural habitat of wildlife. The wish and desire of Ms. Hogg was to keep the park as natural as possible.

The engineering firms associated with the TIRZ and the Memorial Park Master Plan deserve great scrutiny. Memorial Park is the crown jewel of our park system and our city. Buffalo Bayou is ecologically sensitive and the portion flowing through the park should be left untouched. I invite you to look at the Save Buffalo Bayou website where many of the bayou and park improvements are discussed.

Frank Smith’s opinion and expert testimony should matter to a council representing Houston. His story is an important one – not merely for his personal thoughts on the park’s future but as an historian on the many long battles fought to preserve the park. It is important to know about the three recent Executive Directors who left the park recently and Costello’s involvement in firing of one of them. Costello and the engineers are about to do the park what they did to the City of Houston with Renew Houston.

Mr. Smith is scheduled to speak to the Downtown Pachyderm on May 7th. I invite anyone who cares about Memorial Park to come and meet someone to whom we owe a great deal of gratitude for his efforts. More importantly, come here about the park’s history from a person with first-hand knowledge of our city’s crown jewel.

I wish to thank Mr. Smith for his time he spent with me teaching and educating me about the park. Also, Frank lent me his book about the Park and I would like to give credit to Ms. Sarah Emmott for her outstanding history of Memorial Park.