You are here: Home / Uncategorized / Meeting With Kyle Scott for County Treasurer 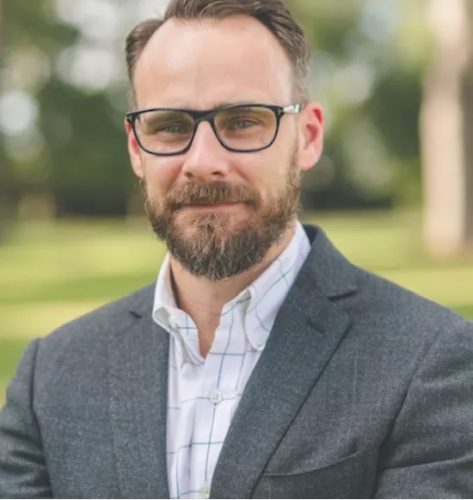 Kyle Scott was kind enough to agree to meet and discuss his campaign for County Treasurer.  He has a good feel for the election and what it will take to win, but the biggest take away from the meeting was his sincerity and how he wants to use the office in a non-traditional manner to help the common Joe rather than simply keep the office rigid into the traditional and statutory boundaries.  That makes him a great candidate and ensures he will be a great County Treasurer.

It’s Not Crime and Taxes

HCRP, rightly, is focusing on crime and taxes this cycle.  That’s the hot button issues that will help with the County Judge, criminal courts, and Commissioner Court races.  However, that drumbeat doesn’t have much impact on the other county wide races this cycle.  Kyle knows this, and is making talking points that push a narrative other than crime and taxes.  He states his goals are:

1. Transparency: The two biggest issues in the county are crime and infrastructure. But we can’t get those two issues right if we don’t get the money right. We’ve seen county officials disagree about how much money is being spent to address these issues, and where that money is being spent, and residents can’t get a straight answer. What compounds this confusion is that the county budget is difficult to find, certain items are inaccessible, and the budget lingo is often misleading or difficult to understand. The county treasurer should make the budget accessible and easy to follow and be proactive in engaging the community with regard to how the money is spent and where. The county treasurer should be the eyes and ears of the taxpayer.

3. Corruption: The $11 million contract awarded to Elevate Strategies was subsequently recalled after accusations of impropriety that eventually led to the indictment of three county employees. The county has paid $1.4 million on this contract with more than $800,000 paid after the contract was canceled. The county treasurer should never have released these funds. Moreover, the county treasurer has the authority to retrieve all debts owed to the county. The county has not tried to retrieve these erroneously paid funds. This is taxpayer money that could be, and should be, put towards serving the community.

One aspect of his campaign that stands out is the idea to expand the narrow function of the office to help ordinary citizens in Harris County.  His stated goal is:

Community Service: 23% of Harris County residents are unbanked or underbanked. This means they do not utilize, or have access to, traditional banking services. Without access to a checking or savings account it is more time-consuming and expensive to handle daily transactions like paying bills. It is also more dangerous as they have to transact on a cash basis or be subjected to predatory lenders. Additionally, without access to banks, there is no opportunity for upward economic mobility as there is no chance to secure a home loan, small business loan, or student loan. If we pull the resources of our banking community, churches, and schools we can address this problem and help the unbanked and underbanked gain access to the resources they need to advance financially.

This expanded public involvement aspect opens up another opportunity that may not otherwise be available – mediator between opposing factions on Commissioner’s Court.  After the election the Commissioner’s Court is probably going to have two Republican and two Democratic commissioners, and the County Judge race will decide control of the court.  If the county re-elects Judge Hidalgo then breaking the democrat stronghold on action will require an outside voice who has enough public support to cause the democrat majority to stop and consider the outside opinion.  A popular county wide official who is actively doing good fits that build, especially with programs like he mentioned that will serve what is otherwise a democrat constituency. This model could be expanded and bring ever increasing amounts of public good increasing the public trust in Kyle.

We have to focus on County Judge and the criminal benches.  Those are the most important local positions on the ballot this cycle.  To the extent that anyone wants to focus on other races, this is the one to focus on.  Kyle has the sincerity and vision to be a difference maker.  His vision to expand the office into a help the common man type of office gives him the opportunity to make significant inroads into traditional democrat voters. That’s something we need as a party to try and keep any momentum we gain as a result of the democrats policies creating this opportunity for us.