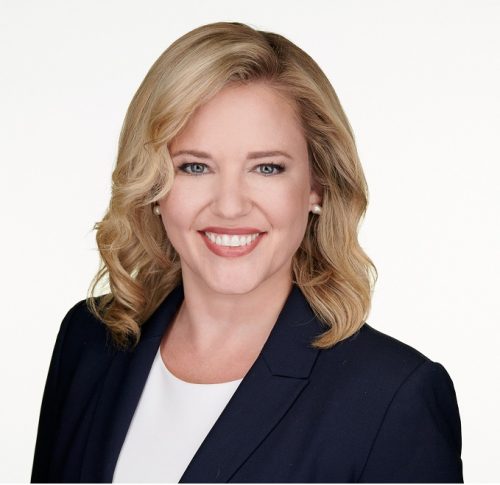 Mary Nan Huffman was kind enough to take time to talk about her race for District Attorney.  It is imperative that she be elected.  We are in the midst of crime ramping up in Harris County, and we have a District Attorney who does not prosecute crime.  After spending time with Ms. Huffman it is clear that the District Attorney’s office is complicit with the bond to murder spree and that we are all suffering because of the way the office has been run.  This is somewhat unexpected since Ogg’s father was a conservative state senator, but the way she has acted shows she does not align with those values.  We should treat Ogg the same way we treated Devon Anderson four years ago.  Hold her accountable for her current actions despite the political past and lineage.

This interview was a little different than the ones with Ramsey, Danna, and Heap in that this piece focuses more on the problems with the District Attorney’s office and how she will correct the problems if elected. Mary Nan Huffman has the experience to be district attorney. She was a prosecutor in Montgomery County, and as will be discussed later they have a different philosophy than Harris County when it comes to working crimes. She also is well situated to mend fences with law enforcement agencies since she is presently an attorney with the Houston Police Union.

What Happens on Her Watch is Her Responsibility

Four years ago Ogg ran ads against Anderson regarding jailing a rape victim.  The reasoning was Anderson is responsible for what happens under her watch even if she isn’t directly involved.  The same standard should be applied to Ogg.  The Ogg camp has been saying that issues are present, but she shouldn’t be held responsible because she wasn’t directly involved.  That’s inconsistent with what she alleged when she was the challenger.  She was right then, and Huffman is right now.  The elected District Attorney is responsible for what happens under her watch.  The list of problems that the county faces is large, but let’s look at some of the specific problems that are solely relatable to Ogg, and how Huffman would act differently.

The Arkema prosecution is a great example of politically motivated prosecution.  The federal government was already investigating, but Ogg made a political decision to become involved.  What was the result? The court found two instances of prosecutorial misconduct, and after each side presented their case the judge ended the case by way of a directed verdict.  Huffman indicated she would prosecute cases by focusing on facts and evidence rather than other considerations.

Ogg’s office was also embroiled in other internal operations issues.  She had the whole fiasco where her office sent an email “suggesting” volunteering for her campaign.  She initially claimed that her account was used, but that she didn’t actually send the emails.  Huffman noted that later an open records request showed that she actually was aware of the email going out and approved the message.  Then she also had the whole fiasco regarding the whole Covid death chart fiasco, where she continued to demand personal cell phones after the culprit was identified.  The end result is that morale at the office is low, and there’s been a greater than 40% turnover from when she was elected.  This in turn has lead to a backlog in prosecution, with the pending murder/capital murder cases has risen from 988 to over 1,300.

One of the biggest issues is bail reform and the bond to murder spree.  Ogg has tried to say that the problem lies with the judges not with her.  However, Huffman was able to give me documentation, shown below, where the district attorney’s office agreed to a PR bond that ended up in a bond to murder situation.  On May 16th, 2020, Rosalee Cook was murdered.  The offender had a 67 prior arrest history.  On April 20, 2020 he was granted a PR bond that was an agreed bond by all parties.  The document below is the agreement.  The red circle shows where Ogg’s office agreed to the PR bond, and the blue/purple circle oval notes the April 2020 date.  This not only was Ogg’s office agreeing to the PR bond, but it was done this year.  Ogg can’t say that the judges are the fault when her office is agreeing to the PR bonds.

The county faces two opposing opinions in civil unrest and law enforcement morale.  On one hand some segments say they face unjust prosecution and law enforcement violence directed towards him.  On the other, Ogg gave mass releases to the protestors.  This appeared to be a political consideration.  In order to prosecute for violence the officers would have to be able to be able to identify who and when they threw an object or engaged in violence towards property.  To get around this problem, but still hold those who were engaged in such behavior accountable lesser charges were alleged.  The district Ogg’s office accepted the charges and then dismissed the vast majority.  This isn’t to say that no instances of law enforcement misconduct occur, but it is not reason to allow mass unrest like we saw with Floyd.

How Huffman Would Address These Issues

Huffman is well positioned to address the challenges above because of the difference the way Montgomery County and Harris County DA offices investigate crime.  In Montgomery County, where Huffman was a prosecutor, they practiced vertical prosecution.  That’s where the assistant district attorney is involved with the case directly from the beginning of the case through disposition.  The assistant district attorney would go to the crime scene and be present at the evidence gathering.

The transition to vertical prosecution is going to address the backlog of cases because the cases will be more developed at the beginning of the process.  This direct involvement in case development led to quicker plea bargains in Montgomery County, and that is likely to translate to Harris County.  This will also lead to closer ties between the DA office and the various law enforcement agencies.

The bail reform issue is one where Huffman said she would implement a test of not wanting to keep people behind bars because they are poor balanced against public safety.  Huffman said she would keep programs Ogg was running, such as the second chance program, but that the program functioning would be examined to make sure the program was working as expected and not being misused.  This allows people who can be reformed and stay a productive member of society to remain in society but at the same time not be used as a vehicle for a 15th chance.  Huffman also indicated she would keep the program allowing civil attorneys to prosecute minor crimes intact, but rather than limit the participation to certain firms she would open the process to any attorney who wanted to apply to participate.  Since some attorneys feel a sense of duty to contribute back to society the potential volunteer pool is larger than the preselected firms that currently participate.