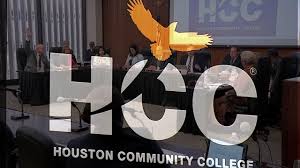 Houston Community College Board Trustee Christopher W. Oliver was indicted in the Southern District of Texas on March 9, 2017. In May, Oliver pleaded guilty to count 2 of the indictment. This is arguably the most important public corruption case in the Houston area since Commissioner Jerry Eversole admitted to lying to FBI agents in 2011. One interesting connection – both cases involve the ESPA Corporation.

Count 1 of the Oliver indictment contains a weird reference to K.S. – a “victim” who paid Oliver over $77,000. People paying bribes are typically not referred to as victims; so, this is rather curious. Another interesting tidbit is the ESPA Corporation, formerly owned by Harris County Commissioner El Franco Lee, was sold to a man by the name of Karun Sreerama a.k.a. K.S. Former Harris County Commissioner Jerry Eversole was also a paid employee of ESPA Corporation. 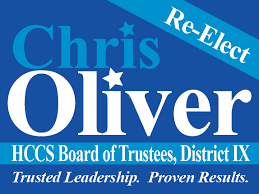 Sreerama serves on the boards of the Houston Downtown Management District, Houston Community College Foundation, the American Council of Engineering Companies of Houston, and the Indo American Political Action Committee of Greater Houston. All of these affiliations denote lots of money being handed out to politicians, probably for very little work. Think pay to play. In 2011, Mr. Sreerama’s company, ESPA, did a two million dollar facility study for HCC. Basically, he was paid two million dollars to determine whether another HCC campus should be built. The answer is clearly no because HCC cannot fill up the classrooms they have now.

Getting back to Mr. Oliver, realize that he pleaded guilty on May 15 in Judge Vanessa Gilmore’s court. This means

that Mr. Oliver has been walking the free earth after pleading guilty to a federal felony bribery charge. Mr. Oliver has been attending HCC board meetings and voting on board items after pleading guilty to bribery. HCC had a board meeting on May 25 and June 15. There was also a board retreat he presumably attended. You can bet your bottom dollar that he was wearing a wire. Looking at the board minutes, Vice Chairman Christopher Oliver voted on a number of issues.

Reading the minutes Oliver noted that he attended the HCC graduation and various community activities in his district. He left out a few important activities such as his arrest and his appearance before federal Judge Vanessa Gilmore where he pleaded guilty to federal felony bribery charges involving HCC. This will no doubt win him the adoration of his fellow board members. Were they aware of his arrest? Were they aware of his plea? Did Oliver tell Jarvis Hollingsworth, the board’s lawyer, about his arrest and plea? What board votes were taken following Oliver’s guilty plea?

Big Jolly politics knows of at least one high profile attorney representing a witness or target of this investigation – not Oliver. It should be noted that on March 17, Karun Sreerama was appointed to be the director of public works and engineering for the City of Houston. Houston Mayor Sylvester Turner, of course, found the best public works director in his orbit. It always depends on what you are looking for in a public works director.