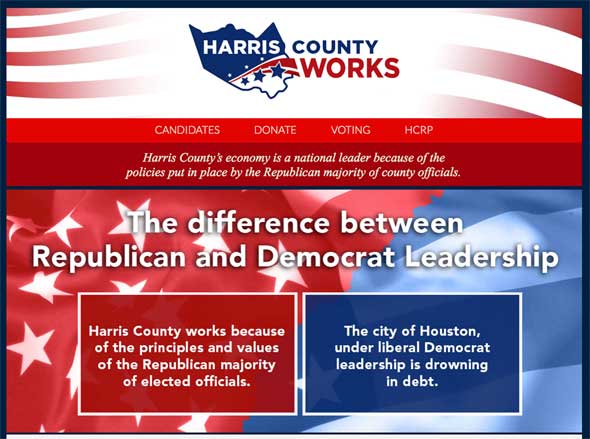 Well, it’s that time of year. Politicians have to report about the cost of our electoral system. It can be boring reviewing all of these reports but hey, it’s a rainy day and I’ve got nothing better to do, so I took a look at some of the Harris County reports.

First up are the state reps from our county.

If you follow politics at all in Harris County from the Republican side of the spectrum, there are no surprises here. Unless, of course, you are one of those elected officials that think they can oust Rep. Briscoe Cain (Baytown/Deer Park/La Porte – 128). If you are one of those clowns, think again, okay? It ain’t happening. Briscoe not only clobbered the Harris County Republican Party’s sweetheart, Rep. Sarah Davis (134), in total dollars but also in total number of contributors. You think those $5 and $10 donations don’t matter? See you at the ballot box.

And friends, let me ask you a question? Who is Gary Elkins? Who is Dwayne Bohac? I guarantee you that you won’t hear about them in any news media pushing any issue. Is that the best we have in those districts? And while we are on the subject, Dennis Paul, my own state rep, needs to start doing something. One contribution from Texans for Lawsuit Reform? Seriously? When I looked at Briscoe Cain’s list, I saw numerous contributions from activists in Paul’s district 129. BTW, why are Murphy and Elkins sitting on all that cash?

How is the party doing? And the Chairman?

Ouch. In fairness to the party’s finances, they do have a Federal account that hasn’t been reported yet. At the end of May, they had $44,029 Cash on Hand, so it probably isn’t as dire as it looks. Still….well, that’s what happens when you build a huge bureaucracy. They are doing a lot of stuff and hopefully it works out. Obviously the crushing that all Republicans received in last November’s election isn’t the result they hoped for. As for the Chairman….wow.

I didn’t bother with the Harris County local candidates. When are we going to update that system and make it easier to see what is going on? I did look at County Judge Ed Emmett’s report and as usual, he knows how to raise money, showing $552,000 cash on hand. The biggest question for Judge Emmett is whether or not he is willing to bail out his hand picked HCRP chair with another $100k or so. Should be an interesting primary, don’t you think?