You are here: Home / Politics / Harris County / The Firing of Trebor Gordon 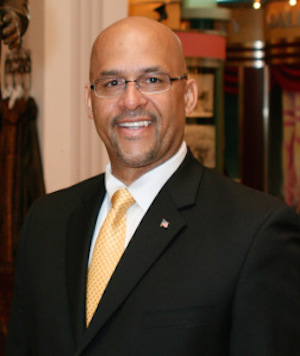 Every person who, under color of any statute, ordinance, regulation, custom, or usage, of any State or Territory or the District of Columbia, subjects, or causes to be subjected, any citizen of the United States or other person within the jurisdiction therof to the deprivation of any rights, privileges, or immunities secured by the Constitution and laws, shall be liable to the party injured in an action at law, suit in equity, or other proper proceeding for redress.

Houston City Councilman Mike Knox fired Trebor Gordon after a video of Gordon speaking at the May 16, 2016 Harris County

Executive Committee meeting went viral. During the meeting, a group of precinct chair candidates were presented for approval. Gordon raised an issue as to whether Syed Ali, a Muslim, could serve as a precinct chair. Specifically, Gordon said the following:

“Islam and Christianity do not mix. During my prayer, [Gordon is the Chaplain for the Harris County Republican Party] this man did not bow his head. During the pledge of allegiance, he did not utter a word. He didn’t even try to fake it and move his lips. If you believe that a person can practice Islam and agree to the foundational principles of the Republican Party, it’s not right. It’s not true. It can’t happen. There are things on our platform that he and his beliefs are total opposite.”

In January 2015, the Harris County Republican Party applauded Gordon for “fighting for free speech and fair elections in Houston!” The party lauded Gordon for his lawsuit against the city’s limit on fundraising. Now, when Gordon is fired for his speech, radio silence from the party.

Gordon is a conservative minister and a war veteran. He is also black. During the May meeting, Gordon decided to question Mr. Ali’s qualifications to serve as a Precinct Chair.

A Precinct Chair is the local representative of the party. With the sudden death of El Franco Lee, the Harris County Democratic Party is currently seeing how important these locals are to their party. Gordon, recognizing the importance of this local position, questioned Mr. Ali’s qualifications for the Precinct Chair position.

What if Mr. Ali flew to Syria every weekend to meet with the Islamic State and throw gay people off of buildings? Would that have changed the interpretation of Gordon’s speech? What would happen if we learned that ISIS secretly wanted to kidnap members of the Log Cabin Republicans and throw them off buildings? Would Gordon be a hero if his questioning revealed that Mr. Ali’s beliefs directly conflict with the party?

The folks against Gordon want to claim that Gordon’s query is a religious test; but, in reality, it was a simple inquiry. Do Mr. Ali’s beliefs comport with the Republican Party? Whether or not you agree with the inquiry, Gordon or anyone else has the right to vocalize the question. See the First Amendment of the United States Constitution.

Amendment I. Congress shall make no law respecting an establishment of religion, or prohibiting the free exercise thereof; or abridging the freedom of speech, or of the press; or the right of the people peaceably to assemble, and to petition the government for a redress of grievances.

I know a little something about free speech. Recently, Devon Anderson did her very best to suppress my speech about her ludicrous prosecution of David Daleiden and Sandra Merritt. At a recent Downtown Pachyderm meeting, I asked Paul Simpson to join me in supporting Daleiden and Merritt at the courthouse and he declined to do so. Is he too busy? Uninterested?

Gordon, as a government employee, held a special protection against retaliation. So, his firing is clearly wrong. And it raises the necessary question: Must an employee’s speech fit within an employer’s moral staircase?

There are many hot button issues right here in Houston, Texas. Let’s take guns, for instance. I like guns. I believe that the Second Amendment allows us to own as many various types of firearms as desired. There are others, including some Republican Precinct Chairs, who disagree. What about HERO? Gordon was a staunch anti-HERO advocate. Simpson was absent from that fight. What about the ten billion dollar unfunded pension liability? Gordon’s former employer, Mike Knox, has made no contribution to this issue.

Paul Simspon, both during and immediately following the Executive Committee Meeting, failed to recognize Gordon’s right to free speech [and free exercise of religion]. Time and time again, Simspon has proven that if you aren’t on his moral staircase, your right to speech is waived. Within the last few weeks, Simpson and Devon Anderson held a Muslim pep rally in Southwest Houston.

Gordon’s plight should raise eyebrows and will definitely suppress speech. If a public employee can lose his job for asking questions at a Harris County Republican Party Executive Committee meeting, what about you? Certainly, Gordon’s situation will make folks think about liking a post on Facebook, writing a Tweet, submitting an open records request, or participating in coffee chat at the office.

I leave you with a quote from United States Supreme Court Justice Louis Brandeis:

“If there be time to expose through discussion the falsehood and fallacies, to avert the evil by the processes of education, the remedy to be applied is more speech, not enforced silence.”