You are here: Home / Politics / Harris County / Bill King: If you don’t vote, I can win!

I gotta say, this email from Bill King is one of the most bizarre press release I’ve ever seen and I’ve seen a whole bunch of ’em: 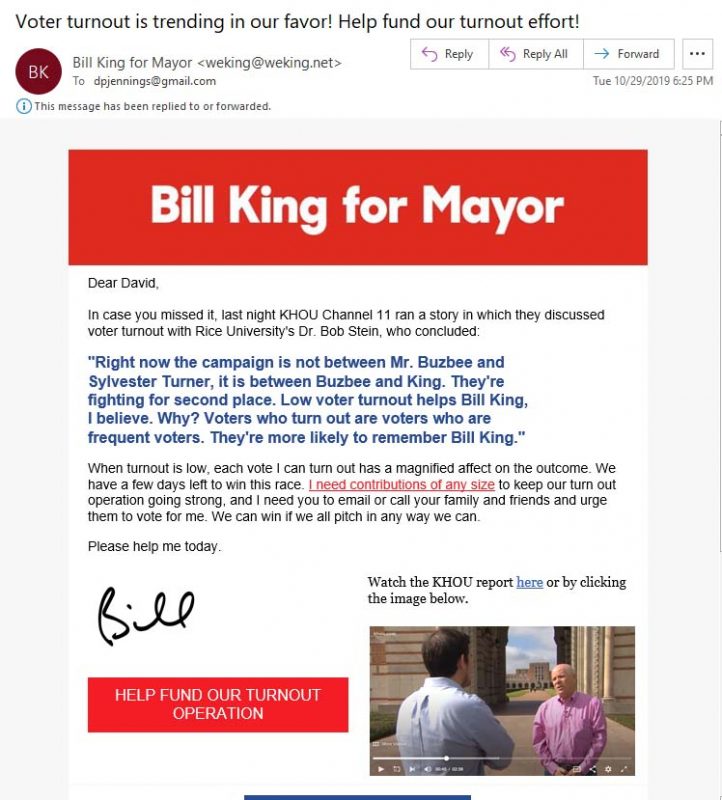 So hey, don’t vote because if you do, you might hurt my chances. Sheesh. Never seen anything like that. As Greg mentioned here, King stated (allegedly) that he would vote for Turner if the runoff is between Turner and Buzbee. I say allegedly because King has denied it but I have 3 credible witnesses that were at that meeting at a home on Crestwood on September 29th and they all confirm it. I asked King about it directly via text message and he has not responded. Makes you go, hmmm.

This whole race is bizarro. Slyvester is corrupt. King and Buzbee are fighting each other instead of focusing on corrupt Turner. With King supporting Turner, we’re gonna have another 4 years of corruption. Like I said, bizarro.

Good luck Houston. All of us in Harris County need you to make an informed decision.