With the Houston City Council prepared to vote on TIRZ budgets, businessman Bill King yesterday (Tuesday) re-issued his pledge from June 12th to re-evaluate and reform the system of 20 Tax Increment Reinvestment Zones across the city as mayor.  Below is King’s statement (with video) yesterday on the issue at the Hobby Center of Public Policy Mayoral Debate at the Wortham Center.

“They’re not transparent. They issue debt without the voters approving. But the biggest problem is they exacerbate the disparity between the way we treat neighborhoods in Houston. These (TIRZs) are supposed to be for blighted areas. Well, about half the TIRZ money goes to Memorial, Uptown and Upper Kirby. Those don’t really seem like blighted areas to me. You’ve got Uptown now wanting to do a transit project and spending $120 million of property tax money on a transit project which, by the way, nobody in the neighborhood wants. It seems like to me we’re trying to justify the continuing existence. So one thing we need to do: TIRZ need to go out of existence at some point. Because the reality is, everybody else in the city is supporting those TIRZs by letting them keep their own tax money when everybody in the city doesn’t get to do that. We’ve got 9,000 abandoned houses in the city that need to be torn down right now — cost about $50 million to do that. Neighborhoods are begging for the city to do that. For what Uptown is going to spend on that bus lane, we could tear every abandoned house down two times over.”

King added, “Many of the TIRZs do very good work, but Uptown is clearly out of control — and I will absolutely fix that as mayor.”

That’s great! I’m glad someone else is picking up on Ben Hall’s criticism of TIRZ’s and am surprised it took this long. Hall was campaigning against TIRZ’s in his 2013 campaign against Mayor Annise Parker. Here is a snippet of what I wrote back then:

The other one that interested me was Hall’s proposal to replace TIRZ’s. Wow, that is going to send big money (donors) straight to Mayor Parker. TIRZ’s are like a cancer that is destroying lower income neighborhoods in order to build up high end retail areas such as the Galleria. As Hall stated in his press conference, TIRZ’s are simply not doing what they were designed to do, which was to encourage development in economically disadvantaged areas. Instead, money is being diverted from general revenue coffers and building parks and sidewalks in the Galleria and Bellaire, amongst other areas.

“In less than six weeks, Houstonians will elect a new mayor and new members of City Council,” says Hall. “These budgets should be approved by the new city leaders moving Houston forward, not those who are leaving office. The rush to approve them this week smacks of bad judgment.”

Hall is the only mayoral candidate who has been arguing the huge stockpiles of cash in some of these rich neighborhood tax havens should be redirected to help the city deal with financial problems, public safety, and street repair needs across Houston.

Among the budgets on the council agenda is TIRZ #16 in Uptown, where the unelected board is trying to tear up Post Oak Blvd. for a $200 million bus project that virtually no Houstonians will use. Hall has criticized this project as an unwise expenditure of tax dollars.

Hall says the Uptown TIRZ is an example of financial mismanagement at a time when limited public dollars can be better utilized. The Uptown TIRZ now has nearly $5 billion in tax value they get to keep in just one neighborhood.

“Voters hear the city is in financial trouble and then they see this type of waste,” says Hall. “Voters have a right to be outraged and demand this project be stopped. I will.”

Hall is sending a letter to Mayor Parker and the members of City Council to do the right thing for Houstonians–let the newly elected mayor and council consider and vote on the TIRZ budgets.

And if you really want to get into the problems with TIRZ’s, check out Wayne Dolcefino’s work. He has been all over the UPTOWN TIRZ and their board.

I’m happy to see the HCRP’s choice for mayor decide to talk about something of significance in this race. What I’d like to ask him is this: does he still agree with the concept of sanctuary cities? If elected, would he continue Houston’s sanctuary policies?

Because this is what he wrote about the idea of sanctuary cities: 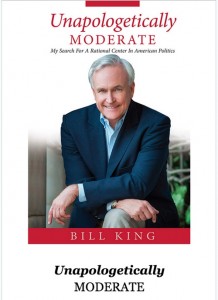 Sanctuary Is Not a Dirty Word

Today, the word sanctuary has acquired a negative connotation in some quarters. The term “sanctuary city” now evokes derision. How did the incredibly noble idea of America being a place where people could come from all over the world to find freedom and a better life become a bad thing, capable of evoking such vitriol?

I also find it hard to understand the scorn heaped on young women stealing into the United States to give birth to their children here. “Anchor babies,” they are called. What greater measure of faith and belief in this country could a young woman demonstrate than running the gantlet of deserts, outlaw “coyotes” and hundreds of miles of travel just so her child can be born as an American?