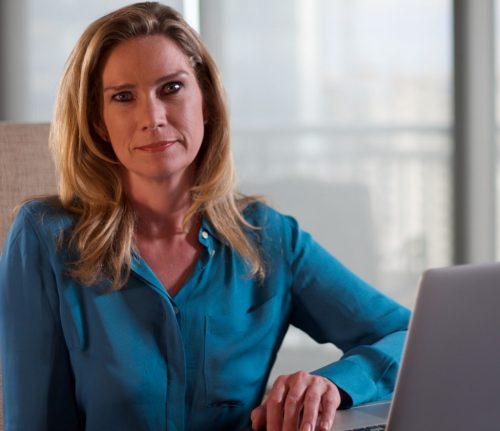 Abuses like those other Tea Party groups suffered at the hands of the Internal Revenue Service stymied the Katy (Texas) Tea Party’s efforts at a critical time leading to the 2012 elections, said the group’s former president, Darcy Kahrhoff.

Darcy this week disclosed the written demands different IRS offices issued from 2010 to 2012, detailing intrusive delay tactics that led to the Katy Tea Party abandoning its application for tax-exempt status.  But the IRS, having ensnared the volunteer group in a Catch-22 web, then assessed the group fines and penalties for delays resulting from the IRS’s own foot‑dragging and ultimate failure to decide the group’s tax status until the effort was abandoned.

The Cincinnati, Ohio office of the IRS wrote the Katy Tea Party in September 2010, demanding, under penalty of perjury, voluminous items such as all Facebook, Twitter, and Meetup materials; resumes of all the volunteer Board members; descriptions of any rallies; materials promoting candidate forums; meeting agendas; and copies of any distributed materials presented.

Over a year passed.  Darcy said that, in response to the group’s repeated telephone inquiries, the IRS simply said it was “under review.”

The IRS finally replied in January 2012.  This time, the El Monte, California office of the IRS sent an expanded three-page list demanding detailed descriptions – still under penalty of perjury – of the Katy Tea Party’s activities since the October 2010 letter; the details of any events the group had conducted – or would conduct – in 2012 or 2013, including names of participants and volunteers, expenses, and any video or audio recordings; copies of all communications, advertisements, and distributed materials; and volunteers “shared” with other groups; how the group obtained information on current legislation; and details about how the Katy Tea Party website operated, including who selects information for the site, online advertisements, and even “the turn‑around time to post” on the website.

After this last request, the IRS told the Katy Tea Party in February 2012 that its application had been assigned to yet another agent, who had “about two pages of additional questions.”  The IRS agent then admitted that the IRS had not approved any tea party applications in the prior two years, and they were all on hold while the IRS “figured out what to do” with them.

The Katy Tea Party then abandoned its application and re-filed its tax returns, only to have the IRS assess fines for late-filing its new returns.

The Katy Tea Party stated the actions of the IRS over a nearly three‑year span seriously impeded the group’s effectiveness.  With its tax status in limbo, donors hesitated.  The IRS’s demands consumed limited resources and much of the group’s attention.  However, Darcy Kahrhoff says, “If the IRS wanted to impede the resurgence of liberty in this country, it temporarily succeeded.  But we will fight on.  We will win.  Our country needs us.”

Conservatives knew that putting a community organizer from the south side of Chicago into the White House would lead to thuggery like these IRS abuses. And in their crusade to “fundamentally transform” our country, Leftists will use any tool to eliminate their opponents – us.

For their long march through the institutions to dictate every facet of our lives, the Left needs to win Texas.  To do that it needs win Harris County.  Like the Left, conservatives need to think globally, but act locally.  The battleground is here, and now.  The price of liberty truly is eternal vigilance.  But as Maggie Thatcher said, there are no permanent victories in politics, so there are no permanent losses.

So bring it on.

Paul Simpson is a lifelong conservative Republican grassroots activist, campaign organizer, and former Harris County Republican Party precinct chair, district chair, legal counsel, and treasurer; a lawyer, engineer, husband, and dad; and co-founder of Harris County ConservativesInAction.  He has also been legal counsel for the Katy Tea Party. You can contact him at [email protected].