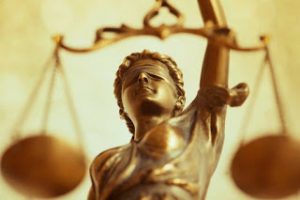 A whisper campaign has sprung up in the District Attorney race. I wanted to share a couple of emails that were being circulated in some Republican clubs and church groups. The emails speak for themselves but one is signed by Carolyn Vance, wife of former District Attorney Carol Vance. I will let you read them.

That’s the title of a Friday “Houston Chronicle” article, followed by “Billionaire pumps $500K into race for district attorney.” We got that beautifully printed,  glossy ad in our mail yesterday, and you probably did too. So who is George Soros? He is the extremely wealthy ($24.9 billion) 86 year old Democrat who supports the most liberal causes. That would include a huge contribution to Hillary as well. To be truthful, I would NEVER want to vote for anyone he supports. His desire is to radically change this country just as Obama has tried to do. The fact that he is reaching down to influence local elections, like Kim Ogg’s running for DA, with his money is scary.

I have been told that Kim Ogg was a good prosecutor in her time at the DA’s office, but I have also been told that she is a lesbian and has a partner. Having seen our lesbian former mayor marrying her partner and kissing her in public, plus remembering her unrighteous stand on the bathroom issue – all of that leads me to believe that Devon Anderson will get my vote! I did not like it when David Daledin and his assistant were charged by the Grand Jury, but my husband has explained how a Grand Jury works and is not under the control of the DA. I will try to get him to write that out for us so we will understand and not blame Devon for it.

Praying for the Lord to intervene in all of the elections! Carolyn”

One thing I wanted to make sure you know about regarding the local district attorney’s race is that the current DA Devon Anderson is the widow of the former DA who died in office and ran for DA after he died. She is the DA who tried to prosecute the baby selling whistleblowers David Daleiden and Sandra Merritt INSTEAD OF PLANNED PARENTHOOD. These charges have since been dropped, praise be to God! But before the hackles on your back rise any further, please be aware that the opponent KIM OGG is a LESBIAN. As a lesbian I think we can be sure that Ms. Ogg will promote this agenda. We have just fought this demon with Anise Parker.”

The religious overtone is designed to convince the reader not to support Kim because of her sexual orientation, homophobia. The first thing you should know about the dismissals is that Judge Diane Bull dismissed the selling of the baby body parts case. Devon Anderson criticized that decision. Devon Anderson was forced to dismiss the felony indictment after Jared Woodfill, Daleiden’s attorney, asked for the list of the grand jurors from the trial judge.

I wonder what gay crime victims and employees of the District Attorney’s office think of this campaign strategy?