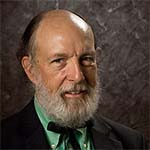 Recent ridership data reveal that San Antonio transit lost 3 percent of its riders in the last year (measured July through June) and 17 percent in the last four years. This mirrors a nationwide transit decline that is taking place in almost every major urban area and calls into question the $51 billion in subsidies taxpayers spend on transit each year.

Thanks to those subsidies, transit has become one of the nation’s most expensive forms of travel: while Americans spend about 25 cents a passenger mile driving their cars, and highway subsidies add another 2 cents, VIA transit spent more than $2.00 moving one passenger one mile on its buses in 2017.

Subsidies covering more than 90 percent of the cost of transit make transit fares competitive with the cost of driving. But transit can’t compete with the speed and door-to-door convenience of automobiles. Research reveals that the average San Antonio resident can reach four times as many jobs in a 20-minute auto drive than a 60-minute transit trip.

Transit advocates argue that subsidies to transit are needed to provide mobility to low-income people. But today nearly everyone has a car. The latest census data show that fewer than 3 percent of workers in the San Antonio urban area live in households with no cars. Fewer than 30 percent of those carless workers take transit to work, showing that transit doesn’t even work for most people who don’t have cars.

Another myth is that transit is a greener form of travel than driving. In fact, VIA’s buses use twice as much energy and emits twice as much greenhouse gases, per passenger mile, as the average automobile.
In 2017, the average VIA transit bus, which is capable of carrying 70 passengers, had fewer than 7 passengers on board. This explains why, if you drive alone in an average SUV, you use less energy and produce less pollution per passenger mile than VIA buses.

This is just a continuation of long-term trends. In the last 50 years, around $1.5 trillion (adjusting for inflation) of your tax dollars have been shoveled into the transit industry, yet the number of transit trips taken by the average urban resident has fallen from 57 in 1967 to 38 in 2017.

Transit hasn’t worked well for many years thanks to the low cost, faster speed, and greater convenience of driving. The growth of ride-hailing services such as Uber and Lyft combined with stable gasoline prices mean that it is even less competitive today. These things aren’t going to change, which means transit is only going to decline still further in the future.

In fact, the next transportation revolution will not be light rail or bus-rapid transit but autonomous cars. Waymo, General Motors, Ford, and numerous other companies are racing to flood the nation’s cities with autonomous cars in ride-hailing service in the next few years. This will take even more riders from transit and, in many areas, will replace transit entirely.

That means this is the wrong time to think about spending even more money on transit, as VIA has proposed. New infrastructure such as dedicated bus lanes or light rail would be especially wasteful. Instead, it is time to think about reducing subsidies to transit and letting private operators such as Chariot, which is already competing against transit in Austin and ten other cities, take over. Further subsidies to transit are just throwing good money after bad.

Randal O’Toole (click to email) is a senior fellow with the Cato Institute and author of Romance of the Rails: Why the Passenger Trains We Love Are Not the Transportation We Need.