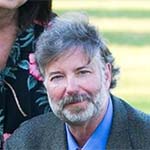 On May 24, 2019, the Pregnancy & Parenting Support Centers of Galveston County held its annual fundraising dinner.  As the President of the Clear Lake Tea Party, myself and several members of our board attended to lend our support to the pro-life movement in our community.  The large crowd was thoroughly captivated by the keynote speaker, ChristyAnne Collins Dickenson, the Executive Director of the crisis pregnancy center.  This was a woman who had been arrested over 80 times and had served a cumulative total of over two years in jail for her street advocacy for the preborn at abortion centers across the country.  She had been sentenced to maximum jail terms and forced to undergo psychiatric evaluations simply for trying to talk women out of killing their unborn children.  Her testimony was moving and powerful.

At the start of our evening, the Master of Ceremonies indicated that all the servers were either elected officials or candidates for public office.  They ranged from county commissioners, district and county clerks, constables, judges, school board members, a State Republican Executive Committeewoman and the Texas National Republican Committeeman.  As I watched these public servants scurrying through the tables serving food and beverages, I finally noticed the small sign on our table which read “Public Servants Serving for Life – Table 26.”  That struck me as especially profound.  Here we had those that we are entrusting our government choosing to give their time and resources towards supporting the pro-life movement by actions and deeds instead of only words.  While it may seem like a small thing, it did my heart good to see our leaders become servants, if only for a few hours.

Slavery is often called “America’s original sin.”  However, growing the pro-life movement in America considers abortion as “America’s greatest sin.”  The right-to-life movement has been winning many victories that incrementally restrict abortion and have started to sway the court of public opinion.  In 2019, Arkansas, Florida, Kentucky, Maryland, Minnesota, Mississippi, Missouri, Ohio, Rhode Island, South Carolina, Tennessee and West Virginia have all seen “heartbeat legislation” filed in their state legislatures.  The state legislature and Governor of Alabama has directly challenged Roe v. Wade by outlawing virtually all abortions in that state.  Indeed, abortions in America are at a historic low.  While this decline in abortions is reflected across all age groups, the biggest drop is among young girls aged 15 to 19 years old.  Undeniably, the culture in America seems to be swinging to the pro-life arguments.

Unfortunately, the question today is “Who does our Texas Republican legislature serve?”  Do they serve the grassroots who overwhelmingly support pro-life and the severe restriction if not outright banning of abortion?  Do they support the Republican Party of Texas 2018 platform that declares [Principle #2] “The sanctity of innocent human life, created in the image of God, which should be protected from fertilization to natural death.”?  Or do they support shadowed special interests or political consultants advising them to run away from the issue?  Who do our state Republicans serve?

Speaker Bonnen, a supposedly pro-life champion, has seen to it that almost every pro-life bill filed in the Texas legislature has died without a floor vote.  From Representative Tinderholt’s House Bill HB 896 prohibiting abortion and protecting the rights of an unborn child to Representative Cain’s Texas Heartbeat Bill HB 1500 which would empower the tiny beating heart of an unborn child to save its own life, Speaker Bonnen has aborted this legislation before it could ever be voted on the floor.  I can guarantee that all Texas House Republicans save one would say they would have voted for this legislation if only it had come up for a vote.  Welcome to the Texas two-step!  Consequently, all we are left with is SB 22, the No Taxpayer Funding for the Abortion Industry Act as a crumb to be thrown to conservatives.  Apparently, the new Republican House leadership is the same as the old Republican House leadership.

And while much of the fault for failed pro-life legislation lies directly upon Speaker Bonnen’s shoulders, we must not forget the gross inaction on the part of Governor Abbott and Lt. Governor Patrick.  Why did they not fight just as hard for pro-life legislation as they did for making psychiatry part of the Texas education system?  They and their allies used every trick in the book to save their sacred “mental health” bill (SB10) at the cost of $100 million a biennium.  So one doesn’t really have to wonder what was truly more important in their minds – saving the lives of the unborn or throwing millions of dollars at the mental health and pharmaceutical industry.  Actions do speak louder than words.

Finally, we have seen who the public servants in Galveston County serve, we know who the politicians in Austin are not serving, and the next question for the future is who will the conservative base of Texas serve?  Will they continue to support a Republican incumbent political class who offer nothing but words and excuses or will they seek out true public servants who mean what they say and then will actually act on those beliefs and principles?  I guess the answer to that will be found in the 2020 Texas Primary election results.

Dale Huls is a long-time Republican activist and is the President of the Clear Lake Tea Party.