Open Memo about Health-Care to Our U.S. Senators and GOP members of our Congressional delegation from Texas 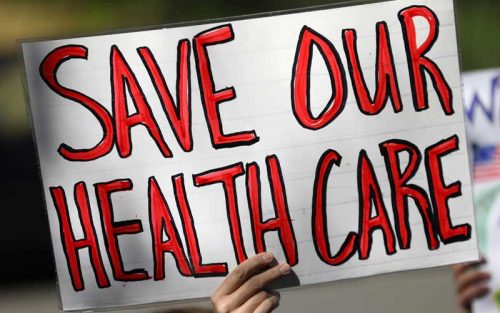 I am sending this memo to each of you, not as a local party official or conservative activist, but as a concerned constituent who has been following the current health-care debate as closely as any other citizen. It appears that the seven-year long effort to address the Democrat’s ill-conceived health-care albatross is finally reaching a climax and the very complexity of Obamacare is making it difficult for you all to find a consensus as to how to fix the mess the Democrats made.

With all due humility, I ask that you consider a simple approach now: repeal of Obamacare, effective two years from enactment; and a commitment to create a two-tiered system of private, employer-provided insurance for the employed (with certain basic requirements, such as coverage for pre-existing conditions and continued coverage for dependents), and Medicare for everyone else. If this system is coupled with fundamental corporate and middle-class tax reform, it could provide the certainty that our private economy needs to sustain the level of economic growth needed to address so many other issues we now face, while making our public health system more efficient and sustainable.

Everyone has discussed and debated how we got to this point, but let’s remember this—too many Americans have structured their lives based on the existence of private insurance when employed, and a social safety net when they are not employed, to create a totally free-market based system now. However, unlike European countries and other nation-states, the existence of a vast private insurance system has allowed our country to meet defense and security commitments that it could not otherwise afford if it had to underwrite a national single-payer system, while providing the capital for the research, development and delivery of medical practices and medicines that has lead the way to the greatest extension of life-expectancy in human history. Moreover, the existence of a thriving private-insurance industry provides our private economy with a vast source of capital from premium income for investment and growth, which a single-payer system would extinguish. In the meantime, though, state budgets have become overburdened by the under-funded Medicaid mandates, and our federal bureaucracy has shown itself to be too incompetent to meet our national commitment to provide even the most basic medical care for veterans, Native Americans and other specific groups. Simply put, the idea of a single-payer or provider system does not fit the United States, and the United States needs its private insurance industry.

The simple reform plan would be consistent with the institutional competence of our limited federal government, and would provide the framework for a more efficient and effective delivery system for medical care. This plan would have three basic parts:

Both the Medicare and re-insurance trust would be funded through a revised Medicare tax program. Committing to such a system should be coupled with repeal of Medicaid in its entirety, and closure of the federal VA and Native American hospitals and clinics (though the Defense Department should still maintain a network of hospitals for the treatment of our soldiers), and with the lowering of the corporate tax rate to a flat 15{997ab4c1e65fa660c64e6dfea23d436a73c89d6254ad3ae72f887cf583448986} (or lower) rate to provide businesses of all sizes the ability to pay for private insurance plans and remain competitive. Moreover, state and local governments could still supplement this system through their own re-imbursement or direct-care alternatives, but they would be relieved of the immense financial burden that is sapping their resources to provide for education and other programs within their sphere of responsibility.

I know this is not an ideologically pure free-market system, but we haven’t had that type of system at any time during our lifetimes, and it is too late to change our whole country’s expectations to fit our ideology. And, of course, the devil would still be in the details of such a system, but at least it would provide a certain plan to debate and implement over the next two years while Obamacare is unwound—and parts of it should draw some bipartisan support, which any program of such reach should have had from the beginning.

Again, this is one citizen’s recommendation—but, if one lonely conservative can describe and recommend such a simple and comprehensive idea, I have to believe you all can get together and finally address the health-care issue.

Ed Hubbard has been a contributor to Big Jolly Politics since 2010. He is an attorney in Harris County, who practices complex litigation and appellate law with the firm of Kilpatrick Townsend & Stockton LLP. Ed has been active in civic and political affairs in the Houston area since he came here after graduating from law school at SMU in 1983. He has served as a member and/or officer of several local organizations, including the boards of St. Paul’s Methodist Church and its Foundation; St. Thomas the Apostle Episcopal School in Nassau Bay; the Institute of Hispanic Culture of Houston; the Clear Lake Area Republicans; the Greater Houston Pachyderm Club; Raging Elephants.Org; United Republicans of Harris County, and the Executive Committee of the “C” Club of Houston. Ed was the Republican nominee for a seat on the First Court of Appeals in Houston in 2008, a candidate for the Chair of the Harris County Republican Party in 2010, and Legal Counsel for the Harris County Republican Party. Currently, Ed is a member of the “C” Club of Houston and the Immediate Past President of the Greater Houston Pachyderm Club, and is working with contributors to BJP and others on the development of a new civic project known as “Renewing the American Neighborhood.”