You are here: Home / Politics / National / Log Cabin Republican Get Out Spoken

For the first time, the Republican Party nominates a candidate who breaks out of the mold and tramples on the old pick-on-the-gays playbook that far too many candidates resorted to in our party’s recent memory.

You’d think this would elicit some sort of recognition from national LGBT advocacy organizations (Gay, Inc) and the mainstream media.

Alas, only their true allegiance has been revealed – the Democratic Party.

They’ve thrown out their commitment to the betterment of the LGBT community. They’ve given up even trying to engage with the President and his Administration. It has been one, long “resist” movement begotten by a full season of Intersectional Olympics.

The half-truths, misrepresentations and outright lies that the gay left and the mainstream media disseminate about President Trump, the modern conservative movement and our Congressional allies have been utterly shameless. These bad actors do wholesale detriment to the great accomplishments we’ve made in the last decade. The blowback from the self-righteous left towards gay conservatives, in particular, has reached astronomical levels.

And as good conservatives, we’re expected to just sit back and take it.

Log Cabin Republicans is taking a stand against the ludicrous cancel culture, social shaming and slander because we have truth on our side. 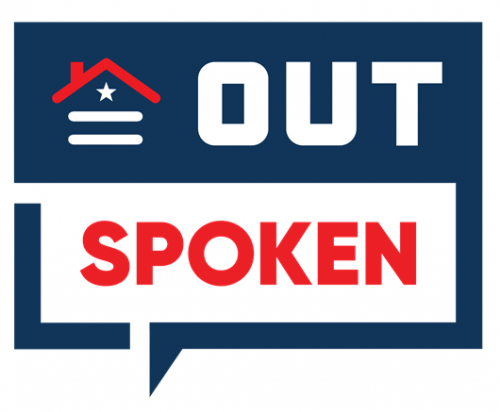 Today, we’re launching OUTspoken – our signature digital education and advocacy campaign that will use cutting edge social media and messaging, backed by a substantial digital ad buy – to articulate our conservative voices and amplify them across the nation. Backed by some of the nation’s most talented thinkers and researchers, we’re going to provide our members the tools they need to push back not only on the dishonesty they see on social media but also in their own real-life networks.

We’re building a digital army, to be joined shortly by a national field program to help get out the vote and educate our voters nationally how they can be part of a wave of change. We need your help to extend our reach across the nation. Join Log Cabin Republicans in our efforts to push back on cancel culture and the radical left. Get OUTspoken this year – the future of America depends on it!
Onwards to victory,