Senate Bill 1173 “prohibits discriminatory abortions on the basis of race, ethnicity, sex, probability or confirmed diagnosis of Down Syndrome or probability or diagnosis of a disability in Texas; closes the fetal abnormality loophole for late-term abortions while maintaining an exception for medical emergencies; and requires that perinatal palliative care information be provided to a pregnant woman at the time of diagnosis of a severe fetal disability so the woman may make a fully-informed decision.” per the Author/Sponsor’s Statement of Intent.

Regular readers here know my son, Kenshin, has Down syndrome.  What almost no one knows is Rochelle is presently in the hospital for preterm labor with twins, Kenan and Nicolette, and Kenan potentially has a genetic disorder.  The difference in the way Kenshin and Kenan were handled shows exactly why Senate Bill 1173 is needed.

Much of the medical community is made of hard working individuals who do their best to preserve health and cure their patients.  However, there is a portion of the medical community which seems to be willing to write off disabled individuals.  Last legislative session I wrote about what happened to Kenshin after birth and how he almost died at one day old and appeared to simply be written off.  The short version is he needed surgery at one day old, the wrong sized trach tube was used for surgery – the size appropriate for a 20 week preemie not a full term delivery – and how although his arterial blood gas was sub 40% we were called and told all was well and no need to come up to the hospital.

The callous indifference described two years ago isn’t limited to disabled babies after they are born.  Kenshin’s prenatal medical records at the time repeatedly mentioned abortion. The issue wasn’t raised because the Down syndrome diagnosis wasn’t obtained until after 20 weeks, and the medical records noted that abortion was not allowed post viability. That’s a stark contrast to what happened with Kenan.

Last week we have a prenatal imaging appointment.  We had been told in the past that there was going to be some issues, namely scoliosis, and advised that it was more likely that not from intrauterine remodeling.  That makes sense, a small mother carrying twins can have space issues.  However, last week the visit was completely different.  Rather than scoliosis we are told scoliosis, misshapen head, curved long bones in the arms and legs, arm and leg growth is at the 2nd percentile.  This was followed up with a declaration that it was likely a genetic disorder. 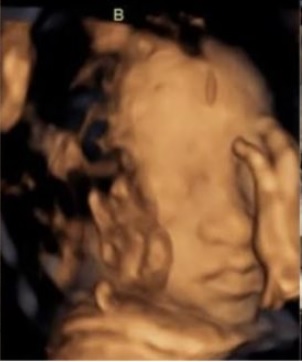 This occurred at 31 weeks 6 days.  Not good news, but with one child having a genetic disorder it was simply something we accepted and carry on.  However, at this very late date abortion was raised.  Rather than answer the question we deflect, and ask future oriented questions.  The asking future oriented questions should be a tactful way of dismissing the issue, but the issue kept coming up until we flatly say abortion is not an option.

The stress from this event caused Rochelle to have contractions the next day.  We call her treating physician and are told if they do not resolve within an hour to go to the hospital.  They spontaneously resolved, but when we have the next prenatal office visit we are told she is dilated to the point that we are to go straight to the hospital. That’s not the end of the story though.  Stress from the sudden trip to the hospital and she starts contracting again.  Once those are stopped she has become dilated to the point that it’s not safe for her to come home.  This means we are stuck here for an indefinite amount of time trying to prevent premature birth. 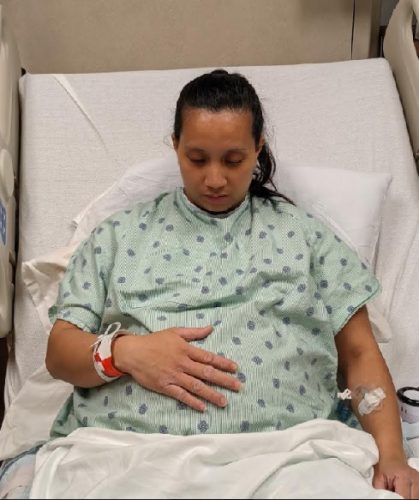 Having to stay at the hospital means that there’s plenty of time for more ultrasounds to further evaluate Kenen’s condition.  The further ultrasound gives a very unexpected answer – we’re not sure what they were seeing; this is a normal variation twin to twin.  There may be an issue, but it’s not significant.  Abortion was initially raised at 31 weeks 6 days and not stopped being raised until flatly rejected for what is functionally a mild condition.

Of course, if a law passes and it is not upheld at the appellate and Supreme Court level then it’s of no avail.  With a 6-3 Supreme Court it’s hard to try and say what will happen. Anyone who tries to tell you what will occur at the Supreme Court in relation to abortion legislation isn’t trustworthy because we are in a period of uncertainty.

n June Medical Services Chief Justice Roberts joined the four liberals and sided against Louisiana.  However, he gave some interesting statements in his concurring decision.  He stated, “I joined the dissent in Whole Woman’s Health and continue to believe that the case was wrongly decided. The question today however is not whether Whole Woman’s Health was right or wrong, but whether to adhere to it in deciding the present case.”  He reasoned, “The legal doctrine of stare decisis requires us, absent special circumstances, to treat like cases alike. The Louisiana law imposes a burden on access to abortion just as severe as that imposed by the Texas law, for the same reasons. Therefore Louisiana’s law cannot stand under our precedents.”  He then went into a detailed discussion as to why stare decisis is important.

This suggests that if a different legal argument were presented the door is opened for him to uphold a different legal theory as to why abortion should not be allowed.  A second avenue for upholding Senate Bill 1173 is simply the numbers.  The Supreme Court is now 6-3.  The same coalition that upheld June Medical Services is insufficient to strike down Senate Bill 1173.

Senate Bill 1173 could be upheld, especially if it were couched as a different legal theory.  No one really knows if it will be, and we really can’t know until a case makes it up to this Supreme Court, but there’s enough room for hope that passage isn’t a doomed conclusion like House Bill 2 was.

Unlike most of the right to life organizations in the state I don’t operate under the theory that Roe should be reversed.  Rather, I operate we need to use Roe as a guide to achieve a different result. It is the public policy for the state of Texas that the unborn child is recognized as a distinct person from the moment of conception.  The state should simply argue that Texas is empowered to declare when personhood occurs, and chooses to do so at conception.  As a result the unborn baby has rights.

In Roe, the Supreme Court tracked the history of laws touching on abortion, created a right to privacy, and implemented standards on when abortion could and could not be regulated in light of the right to privacy using the history of the laws to find that it is not a long held prohibition. Texas should present a theory that many states have recognized rights for the unborn, and just as Roe dictates society has advanced to where after viability  unborn children are recognized to have rights and that Roe requires that new standards be implemented to where the unborn baby’s rights be recognized.  That follows the same blueprint of Roe, and is a novel legal theory to present to the Supreme Court.  Senate Bill 1173 fits this legal theory because the author’s intent specifically indicates the intention is to close the late term abortion loophole.