You are here: Home / Politics / Free College For All Will Lead The US To Socialism 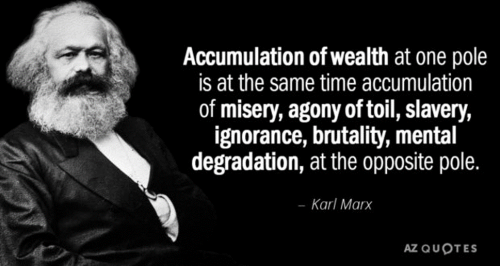 Democratic candidates Bernie Sanders, Pete Buttigrieg and Elizabeth Warren are campaigning on free college for all.  That is a terrible idea!

Already American colleges and universities are infested with Marxist and leftist professors who are filling the minds of their students with socialist crap.

College of the Mainland in Texas City is a good example.  When I was teaching there, the college was thoroughly dominated by Marxists. They gained complete control of the college in 1983 when they were able to handpick music instructor Larry Stanley as the college president.  Their control of COM lasted 17 years until Stanley’s retirement in 2000.

Stanley had for a time been the chairman of the college’s fine arts department, a position that carries with it no administrative duties.  Stanley led the college at the direction of the Karl Marx worshipers who were trying to indoctrinate their students in Sociology, History, Economics and Government classes with anti-Americanism and socialist crap.

Those Marxists were very successful at molding the minds of their students. When several Texas City and Galveston County civic leaders and I tried to keep David Michael Smith, a rabid Marxist government professor, from being granted tenure, we were overwhelmed by more than a hundred students at a public hearing, dozens of them attesting to what an outstanding teacher Red David was. He was granted tenure, but was fired in 2013 after 15 years of trying to poison the minds of his students.

Coincidental with the start of the first Iraq war, Larry Stanley held an all college staff meeting at the beginning of a new semester.  When I asked him to lead the meeting with the Pledge of Allegiance, he refused.  When I then asked him to let me lead the pledge, he refused that too.  Stanly said that it was “neither the place nor the time” for the Pledge of Allegiance to our country and he added that if we held it, the Marxists would walk out.

Furthermore, many of those supporting Bernie Sanders are former college students with socialist tendencies which they acquired from far-left professors who advocate the doctrines of Karl Marx which declare that capitalism is evil.

The far-left purveyors of hatred for America and love of socialism in academia insist they have that right under academic freedom and the right of free speech, and to the discredit of college and university administrations, they are getting away with a perversion of those rights.

Why is free college for all a terrible idea?  Our colleges and universities will be filled with students from poor families who, because of their lot in life, will be very susceptible to socialist ideas.  And those ideas may very well be carried on into the voting booth.

Keeping students from poor families from attending college sounds like a horrible idea, but free college for all will sure as hell lead the US to socialism.