Yesterday alarms sound and my wife gives a bloodcurdling wail “Gringo he’s dead come to the hospital!” My son has been in the hospital and I was on the phone with the doctor getting a status update when this happened.  Heart rate zero.  There’s no way to adequately describe the feeling.  Adrenaline surges.  Chest pain.  Cold sweaty hands.  Then nothing.  Absolutely nothing.  Then a wave of utter helplessness.  The closest feeling was in college 20 years ago with a half mile wide tornado bearing down on the dorm and seeing the wind whip 90 degrees and the crushing stillness and silence as the tornado bounced over the dorm.  You want to scream, but while your mouth moves nothing comes out. This is a trillion times worse.  I still feel the adrenaline and have cold sweat dripping down me describing hearing her wail.  It will haunt me until I die. 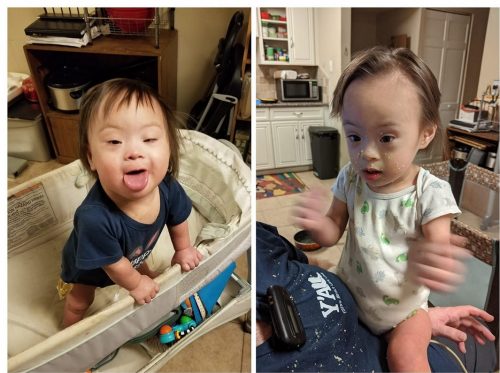 Right now my son lies in ICU on life support.  But it is almost certain he will die – his brain is swollen, reflexes are absent, brainwaves are slowing, multiple organs have damage. The doctors are cautioning us he may not survive, and absent a miracle that is where we are headed.  Memories of just a couple of weeks ago when he is learning to feed himself, and a year ago of him smiling in delight as I walk to the bassinet to pick him up keep welling up.  With the knowledge that I’ll never see that smile again.  And that his death was preventable.  Because of the Covid scare the hospitals are only allowing one parent present.

She called me concerned that  had developed a fever, his heart rate was increasing, and was showing signs of distress.  I told her go get the nurse and tell them to get the doctor.  That was one in a series of ever increasing desperate calls that I received.  Eight hours later I get a call that he is getting worse and that the doctor has not come to evaluate him.  It turns out that Klebsiella bacteria had escaped from his intestine and into the bloodstream.  Appropriate antibiotic coverage at the onset would have made a difference in the bacteria’s progression.  But the doctor didn’t come in the eight hour span.  Had I been allowed in the hospital the eight hours would never have elapsed without him being evaluated.  Treatment would have begun that night.  Appropriate treatment would have prevented a more concerned call the next night that his fever was increasing.  It would have prevented the 4:00 AM call yesterday that they had to take him to ICU since he was continuing to decline.  It would have prevented the 3:00 PM call when he suddenly had heart rate 0.

All the moments of love will soon be over.  Yes, their shadow will remain as memories, but it’s not the same.  The unknown fear will linger for the next seven months.  Rochelle is pregnant and due in November.  How is this stress impacting the baby she is carrying?  Then there will be the final indignity.  No proper dignified burial.  With the restrictions on gathering and travel it will be just the Priest, Rochelle, and I at the grave.  This is the cost of Covid restrictions.  This is what happens when you have a County Judge that cares more about criminals than the harm occurring from the Covid restrictions.

It’s not from a want of reaching out.  Even suggestions that are aligned with with the emergency order – such as decree that homeowners associations restrictions against working from home are unenforceable – are met with silence.  Not even an bot generated form reply thank you for contacting my office all suggestions will be reviewed and considered.  Silence.  Criminals and power are more important.  Some restrictions are appropriate, but the same results could be achieved with a less restrictive response.  Collaboration, rather than dictating, would achieve Covid containment with less cost.  But that takes someone who is willing to engage and work toward the common good rather than be politically oriented and motivated in this time of Covid crisis.

April 8, 2020.  Happy 44th birthday to me.  My heart races and chest aches as I write this post, and I’ve shed countless tears inserting the pictures.  Every damn one is one more than the tears Judge Hidalgo sheds about the cost of her actions.  If you aren’t a criminal she isn’t concerned.  Elections have consequences.  We are living, and in my son’s case dying, with those consequences.

Edit to add: some have suggested that the post is criticizing Rochelle’s actions. That is not the intent. I in no way believe she did anything wrong.