There is a very important debate coming up Monday night. I know, I know, you think you already know about it. After all, the clown show between the Democratic and Republican presidential nominees is all over the news. Who wouldn’t know about that?

What debate you ask?

Glad you asked because unless you subscribe to Kim Ogg’s email list, view her website or her Facebook page, you probably don’t know that while people are getting ready for the clown show, the two candidates for Harris County District Attorney will be having their first debate of the year.

Here is an image of the flyer for the debate: 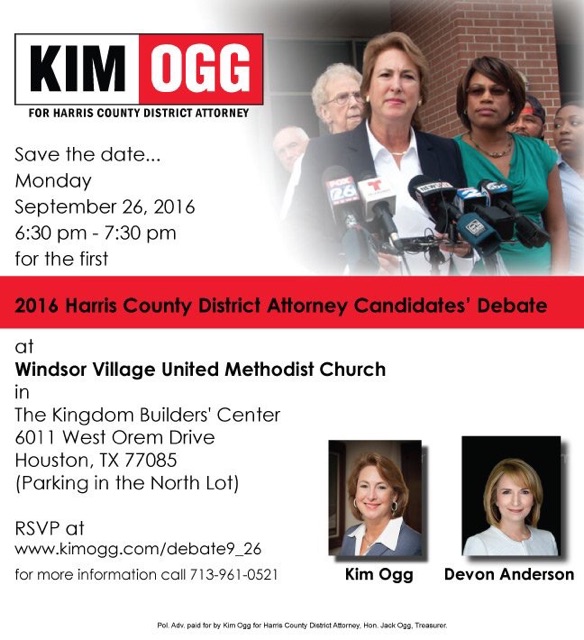 Funny thing is, you wouldn’t know about this if you were on current Harris County District Attorney Devon Anderson’s campaign email list, visited her website or viewed her Facebook page. The only mention about a debate on Anderson’s part is about a 20 minute TV show from 2014.

Interesting. The Democrat trying to promote the event, the Republican hiding.

In what is supposedly a solid red county.

You think Devon Anderson and her campaign consultants are feeling good about the November election?