You are here: Home / Politics / State / About that race for Chair of the Republican Party of Texas 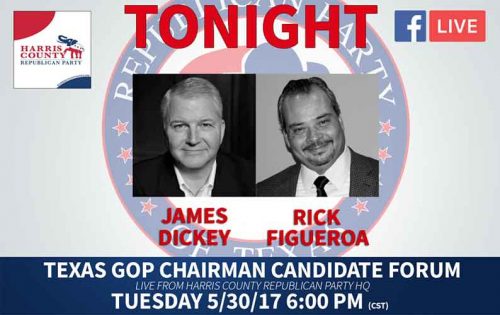 Who cares? Don’t turn away, that is a serious question.

First off, for those of you that don’t bother paying attention to Republican Party of Texas interworkings (which should be all of us), there is a vacancy in the Chairman’s position because Tom Mechler resigned. For the party faithful (shrinking by the hour), that was big news. For the rest of us, yawn.

That set off a ‘race’ to replace him. You see, unlike any other organization that is worth the title of being an organization, the Vice-Chair doesn’t step up and assume the role. Nor do the thousands of Republican activists get a vote. No, the job of replacing a chair who resigns falls to the members of the State Republican Executive Committee. Lord help us. Well, not really, because like I said, who cares?

The answers to the first two questions are zero, zip and zilch. The answer to the third question is a bit more complicated. They might, in a race here or there, help Republicans win. But overall? I dunno but I think that Harris County, Dallas County, Bexar County and Travis County residents might have a different view.

Have you ever read the Republican Party of Texas ‘platform’? You know, that document that is supposed to define what Texas Republicans believe and support? No? I’ll help you out (click here to download):

I hope that you enjoyed reading that. Now that you’ve read it, try this: compare it to the “accomplishments” of the recently completed regular session of the 85th legislature. What do you think?

I could highlight a ton of things in that document that the legislature ignored but for now, let’s look at one item that the Governor, the Lt. Governor and the Speaker each spoke about during the session.

Gov. Abbott says it is a matter of Civil Rights. Lt. Gov. Dan Patrick agreed, saying “School choice is the civil rights issue of our time.”. And yet Speaker Straus, through his committee Chairman Dan Huberty, declared school choice dead on arrival.

And what is even more interesting, if you want to call it that, is that with all of the noise about a special session being called to enact a faux property tax reform bill or a needed privacy act, none of the major players on the stage are mentioning school choice as a reason for another session. Even though two of the three top leaders have declared it to be a civil rights issue.

No, the Republican Party of Texas is not influential. It is more of a club of like minded people getting together to have a few drinks and talk about those dastardly Democrats.

So I ask again: who cares who the chair is? Go watch grass grow or do something useful instead of worrying about that nonsense. Wait! I found someone that cares! Remember the Apostle and his group? Apparently they care because…well, you just have to read it to believe it:

That was the screaming headline in my inbox today for this post on the Apostle’s website. Guess who the pro-homosexual movement Houston business group is. The Greater Houston Partnership. I think they read too much in that ‘partnership’ word. Sheesh.

If I still haven’t convinced you and if you live in Harris County, you can go and take a look at the two guys running for chair (remember, no women allowed because the Vice Chair is a woman) tonight at the Harris County Republican Party headquarters:

Reminder: *PLEASE SHARE!* Join local precinct chairs and members of the Harris County Republican Party at our headquarters (or on Facebook Live) TONIGHT as James Dickey and Rick Figueroa participate in a forum debating their candidacies to become the next Chairman of the Republican Party of Texas. The discussion begins at 6:00 pm, and will be streamed live on our Facebook page. Show up or join us online to take part in the discussion! If you follow the broadcast on Facebook Live, please submit questions and comments – we may use them in the forum!

Fortunately I have a council meeting and have an excuse not to be there. Have fun.