You are here: Home / National / Trump Refuses To Play By The Rules Of The Game

Here is a lesson for President Trump from Kenny Rogers’ song ‘The Gambler’:

In refusing to concede the  election, Trump is either a delusional psycho or the egomaniac jerk he’s been all his adult life.

Trump, layers like Rudy Giuliani and Sidney Powell, and many who worship at Trump’s feet insist that the election was stolen from the president by the Democrats using rigged Domino voting machines and other means of voting fraud.

An unhinged Giuliani claims to have hundreds of sworn affidavits attesting to the observation of voter fraud.  But the sworn statements of witnesses claiming they observed voter fraud is not hard evidence, and without hard evidence, Trump cannot prevail in the courts. 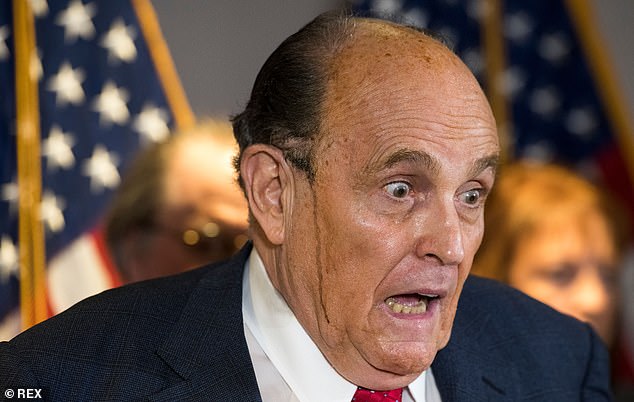 Then on Thursday, when she was still on Giuliani’s team of Trump lawyers, Sidney Powell made some of the most outlandish claims any lawyer has ever made. Powell, who often repeats QAnon conspiracy theories, made the crazy claim that Venezuela, China, Cuba, George Soros, and Dominion Voting systems were all involved in a plot to throw the election to Biden. She also stated that Georgia’s Republican governor and secretary of state were bribed by communists to hand a victory to Joe Biden. And days before, Powell proclaimed she was going to “release the Kraken.”

When Trump’s lawyers challenged the vote outcome in Pennsylvania, U.S. District Judge Matthew Brann threw the case out of court, ruling it as “strained legal arguments without merit and speculative accusations,” while stating “This claim, like Frankenstein’s Monster, has been haphazardly stitched together.”

Trump and other Republicans have filed over 30 lawsuits in six swing states. None of the courts in which these cases were filed have found even a single instance of voter fraud.

Then there is the conspiracy theory of Domino voting machines being rigged to switch Trump votes to Biden. Dominion Voting Systems insists “It is not physically possible for our machines to switch votes from one candidate to the other. If any electronic interference had taken place, the tally reported electronically would not match the printed ballots. And in every case where we’ve looked at in Georgia, all across the country, the printed ballots, the gold standard in election security, has matched the electronic tally.’

It is so sad that those who worship Trump believe all the crazy conspiracy theories put forth by Trump, QAnon, Sidney Powell, Alex Jones and Rush Limbaugh. Those Trump worshipers have their feet planted firmly in concrete and there is no way to convince them that those crazy conspiracy theories are farfetched. Every day for the past couple of weeks that he’s been on the air, Roach Limburger has spent hours telling his dodoheads how the election was stolen from Trump.

Chris Christie has been a staunch ally of Trump ever since he announced his candidacy for president. Christie has told Trump to “put up or shut up” about any evidence of voter fraud. He says that the president’s legal team is “a national embarrassment” for questioning the election results without presenting evidence of voter fraud. He noted that Giuliani and his team alleges fraud outside the courtroom but “when they go inside the courtroom, they don’t plead fraud, and they don’t argue fraud.”

Christie says it’s time for Trump to concede and to order his administration to cooperate with Biden’s transition team.

Democrats and some of America’s leading Jews are comparing Trump to Hitler because of the way way he has been acting since the election. That is as outrageous as the crazy conspiracy theories put forth by Sidney Powell. I happen to know something about Hitler, having lived under der Fuhrer’s rule from 1933 until my family came to the US in 1936. Believe me, there is absolutely no comparison whatsoever between Trump and Hitler. Those who make this comparison should be ashamed of themselves, especially the Jewish ones.

Trump has accomplished much good as President. He really made America great again. He rescinded Obama’s business stifling regulations. His policies resulted in one of the most robust economy this nation has ever experienced. He withdrew from Obama’s disastrous nuclear deal. And unlike Obama, Trump did not appease foreign leaders who had an axe to grind with the US. But instead of a legacy about his accomplishments, Trump’s legacy will be his attempts to overturn the election.

The very last thing I wanted was for Biden and Kamala Harris to win the election. I voted for Trump despite the fact I thought he was a big jerk. But the election is over and all those conspiracy theories will not stop Biden from taking the oath of office on January 20.

If Trump has any decency, he will concede the election, order his administration to cooperate with Biden’s transition team, and invite Joe and Jill Biden for a visit at the White House.