The City of Dallas Pension Board voted to suspend withdrawals from the Deferred Option Retirement Plan (DROP) system on Thursday, December 8. There will be those Dallas firefighters and police officers who successfully exited the DROP system, and those that did not. There are allegations that some of the Dallas private equity investments had not been valued properly. Litigation has already erupted among the parties. There are signs of impropriety with the FBI raiding the offices of the fund administrator. Dallas is 240 miles away but a lot closer today because of the similarities with the pension systems. The classic Ponzi scheme narrative is a shoe that fits here.

It was quite a series of events that began when the Mayor of Dallas, Mike Rawlings, sought a Temporary Restraining Order (TRO) to prevent any city employees from withdrawing funds from the DROP. It was a classic run on a financial institution by definition. We generally think of runs on financial systems as bank runs. This run was on a pension fund. Dallas public safety employees, in a panic, sought to remove their retirement nest eggs before the DROP system ran out of funds.

The Mayor sought to end the run through court action in the form of a TRO. It was an extraordinary event because he did this as a private citizen, NOT as the Mayor of Dallas. There is always a high bar for a Judge to issue a TRO. The Judge in this case postponed the hearing until 3:30 Thursday afternoon until the pension board itself could meet to vote and prevent any further funds from being withdrawn. This, of course, accelerated the run and the employees chose to get while the getting was good.

Mayor Rawlings came under criticism following a pattern seen in many financial scandals. Whether you are talking about Bernie Madoff or Enron there are always whistleblowers who were early in ringing alarm bells to stop the train wreck. Rawlings appears to be one of the good guys and you can hear the frustration in his voice. Please stop and listen to this very short interview where Rawlings talks about why he filed the TRO and took the steps he did.

Listen to his exasperation in seeking transparency from the union in this interview from KERA News, Rick Holter.

The complaint Rawlings is expressing is not a new one involving Texas pension DROP funds and lack of transparency. Rawlings worked for years to get auditors into the DROP fund to mark assets correctly, stating their true value. The City of Houston has also litigated with the Houston Fire pension fund over transparency.

Many fund participants knew the interest rates they enjoyed in the DROP program were not sustainable. The employees saw how fast these accounts grew. “Officers went to the board. I’m one of them who went down there and said ‘listen we can’t sustain this kind of rate,” Bailey said. Bailey is a retired Dallas Police officer. The same is true in Houston and at least one former officer has commented on this blog about the unsustainability of Houston’s local pension DROP structure. The question now is does Houston have similar problems as Dallas? Let me suggest that they do.

Texas public pensions have chased yield in a low yield environment. Fund managers had to do this to get the returns promised employees by elected officials. Politics and investments never mix well. Then, when you add vendors selling high yield private equity investments, you are just throwing gas on a fire. The play is always “fourth and long with minutes left on the clock”, as one seasoned fund manager told me yesterday. Remember Mike Rawlings and the lack of transparency he found in Dallas. The same problem exists here in Houston.

The Houston Fire pension system has litigated with the City of Houston over transparency. Houston officials had sought the number of firefighters retiring and the amounts owed each in their respective DROP accounts. The Fire Department litigated to keep that number secret. When the Dallas DROP system collapsed it was learned over 500 police and firefighters were owed over a million dollars and one firefighter had 4.1 million dollars in his DROP account. Obviously, the COH to be able to plan must know the benefits owed to those retiring. The City of Houston actually sued the actuary of the bogus report that led to the outrageous benefits now being paid out. The allegations were that the Towers report concluded that the city contribution would not exceed 15.4{997ab4c1e65fa660c64e6dfea23d436a73c89d6254ad3ae72f887cf583448986} of payroll – of course now it is closer to 30{997ab4c1e65fa660c64e6dfea23d436a73c89d6254ad3ae72f887cf583448986}. I always like to read Federal Judge’s opinions about people behaving badly. Judge Melinda Harmon ruled that the case can move forward against the actuary and gives her opinion in a seven page ruling. The opinion is an interesting discussion of the background and describes the legislative labyrinth set up by the unions in protecting this now discredited report. This is all very interesting, right? The question is who created the mess.

The answer is legislators of course taking large political contributions. Mayor Sylvester Turner, the late Mario Gallegos, and Senator John Whitmire were the architects of the disaster that has 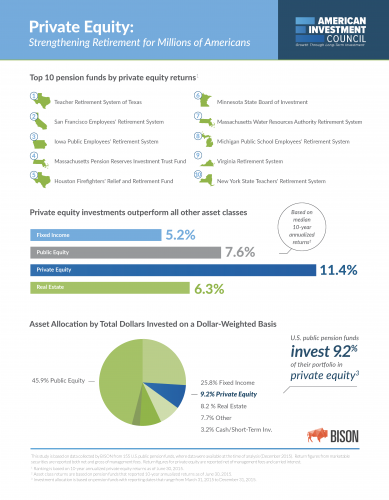 befallen the city pension system. Now that the Dallas system has crashed we now know private equity investments had a large part in that scheme and liquidity issues. Houstonians must ask themselves what is Sylvester Turner up to with his latest “kick the can down the road” scheme. The irony that Turner created the system that is currently whipsawing him financially is a problem he made for himself. However, the implications are much bigger.

Turner is asking for a billion dollars in pension obligation bonds (POBs) basically for a bogus actuarial report written years ago. This bogus report obligated the city to make millionaires out of police and firefighters. The obligation will be on the taxpayers, not crooked politicians who created this mess. There have been private equity losses related to the Houston pension funds involving Towers in the Westridge case. Questions remain concerning the private equity investments in Houston and their value. The legislature needs all of these funds to be audited and particularly the private equity investments. Turner needs to be using the formidable City of Houston lobby team to seek transparency and accountability in the Houston pension system, not another “kick the can down the road” scheme. Senator Huffman, a large beneficiary of union largess, is drafting legislation to bail out her friends again and I can’t wait to read all the transparency provisions and auditing requirements she is about to impose. You want to bet there are none?

Pension debt and the Collapse of the City of Houston

A Greek Tragedy in Houston

A Special Council Meeting for a BIG Problem