1. Who are you, and what are you running for?

I am Hon. Lynn Bradshaw Hull. I am running for District Judge of the 280th Judicial District Court, the newly designated domestic violence court.

2. What kind of cases does this court hear?

In October, 2009, the 280th District Court became the first court in the State of Texas designated for domestic violence cases. This court hears applications for protective orders against family violence and dating violence; and any matter involving custody of a minor child if one parent is alleged to have caused the death of another parent and there is a history of domestic violence in the parents’ relationship. Subject to judicial discretion and resources, the court may also hear divorce and custody cases in which a court has made an affirmative finding of family violence involving both parties, or a protective order has been issued under Title 4, Family Code, involving both parties.

3. Why are you running for this particular bench?

This unique court offers the greatest opportunity for me to continue meaningful judicial service. My judicial expertise and personal family experience with domestic violence issues made the 280th the right choice in running for another judicial bench.

4. What are your qualifications for this job?

Beginning private practice in 1984, I represented clients in predominantly civil and domestic relations, including domestic violence matters, and served as a certified mediator until elected to the bench.

In 1994, I was first elected to serve as Judge of Harris County Civil Court at Law No. 3, and re-elected in 1998 and 2002. In 2006, I was elected District Judge of the 80th Judicial District Court where I also volunteered to assist the family courts by presiding in domestic violence matters.

I presided fairly in the disposition of more than 60,000 cases, including over 500 jury trials. I am dual-certified by the Texas College for Judicial Studies as a specialist in Civil Jurisdiction and General Jurisdiction, both of which include domestic violence training. Less than ten judges in Texas have achieved dual certification. I have been recognized as “Judge of the Year” by Peace Officers Looking Into Courthouse Excellence (P.O.L.I.C.E. Inc.), and honored with two Texas State Bar Presidential Commendations for judicial leadership. Since 2009, I have served as a visiting judge and mediator.

I am a native Texan, married to Christopher Bradshaw Hull for over thirty-one years and we have two grown, married children and one grandchild.

5. Why is this race important?

6. Why should people vote for you in November?

It is anticipated that 3,000 applications for protective orders will be filed annually. Having one court for these cases provides the opportunity for reducing misdemeanors, felonies and deaths involving domestic violence through immediate responsiveness, intervention and consistency. I am the only candidate with fourteen years of trial judge expertise, including domestic violence matters, and court administration duties involving heavy dockets. My skills as a trial judge and reputation as a proven neutral uniquely qualify me to interface with representatives of the District Attorney’s office, Family Protective Services, AVDA (Aid to Victims of Domestic Violence) and private litigators while continuing to safeguard the process in managing these hearings. I am a uniquely qualified judge for this unique court. 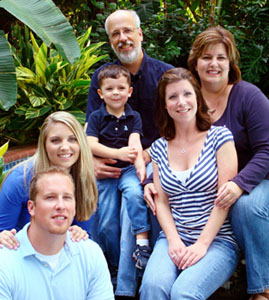