Woodville, Texas – A crowd of over 300 people gathered in Woodville Tuesday night to celebrate the victory of Dr. Brian Babin, a dentist and former mayor of Woodville, in the Republican Congressional run-off election. Sharing in the victory were supporters who traveled from throughout the district which includes Orange, Hardin, Liberty, Chambers, Newton, Jasper, Tyler, Polk and a portion of southeast Harris counties.   Dr. Babin won overwhelmingly in eight out of the nine counties becoming the nominee by a 58% to 42% margin.

The Babin campaign was a true grassroots effort.  In his remarks, Brian Babin gave credit to his family, dedicated volunteers, supporters, a large number of business, elected and faith based leadership in the district and his fellow dentists who stood with him throughout the campaign.

Dr. Brian Babin will be the Congressional District 36 Republican nominee on the November ballot.

Learn more about Dr. Babin and get updates about his campaign by visiting www.BabinforCongress.com.

Although the press release is dated May 28th, I just received it, promise! And while I voted for his opponent, it is my district and  I do hope and trust that he will represent our district well.

A couple of pictures from the victory party (supplied by the Babin campaign): 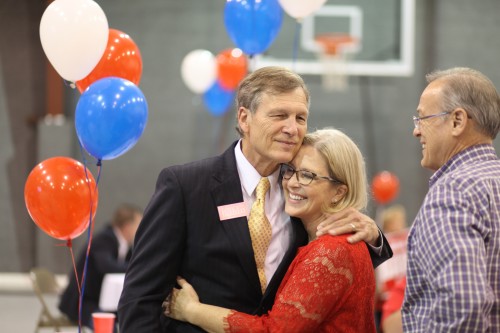 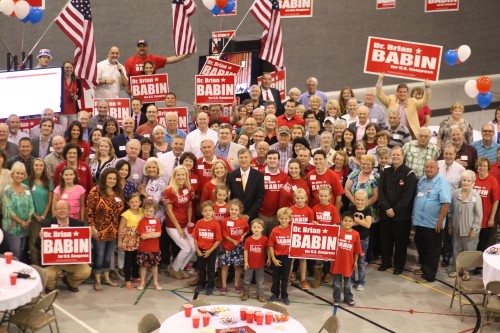